The people of Yorkshire are a proud bunch. They have no doubt that theirs is, as they put it, God’s Own Country, and with the scenery of the Dales, Moors and Peak District, and the style, class and affordability of some of Britain’s fastest-growing cities, many are looking to buy or invest in property in this beautiful and prosperous part of England.

Yorkshire is divided into four counties, or Ridings as they are known, West, East, North and South. We have examined the largest city in West Yorkshire, Leeds, now let’s have a look at the biggest cities in the other three counties that make up the historic county of Yorkshire.

Sheffield is the largest city in the county of South Yorkshire. While Leeds, to the north (in West Yorkshire), and Manchester, to the west (in Lancashire), were famous for cotton and other fabrics, Sheffield went down a different route - metal. Sheffield’s population grew by 1000% in the 19th century when steel was invented in the city and the cutlery manufacturing industry went from cottage to factory. Since then, the name Sheffield has been synonymous with steel, its manufacture and goods fabricated from it.. But another metal has also put the city on the map, with Sheffield also being the centre of the British silver industry.

However, international competition in iron and steel caused a decline in these industries in the 1970s and 1980s, coinciding with the collapse of coal mining in the area, and Sheffield, along with some of its neighbours descended into an economic slump that some doubted it would recover from.The 21st century, though, has seen extensive redevelopment in Sheffield, along with other ‘core’ British cities. Sheffield's gross value added (GVA) has increased by 60% since 1997 and the economy has experienced steady growth, averaging around 5% annually, greater than that of the broader region of Yorkshire and many other parts of the UK that are considered more affluent.

The city of Sheffield has a population well in excess of half a million people and the metropolitan region is home to more than 1.5 million. Along with Leeds, Manchester and Liverpool, Sheffield has seen huge investment in the last five years, since the inception of the Northern Powerhouse initiative. The city centre has been transformed from a litter-strewn, miserable and empty shell to a vibrant pedestrianised area full of shops, bars, restaurants, offices and some of the most desirable residential property in the city. Rightmove has a stunning top floor duplex with views over the River Don for just £165,000. But if the city centre is not your bag, and you would prefer a house in one of the city’s greener areas (a third of the city is in the Peak District and it is estimated that there are over 4.5 million trees within the city's borders!) then you could pick up a 3 bedroom detached house with views of the River Rivelin and the hills of the Peak District for just £265,000. Many are finding prices like that just too hard to resist! 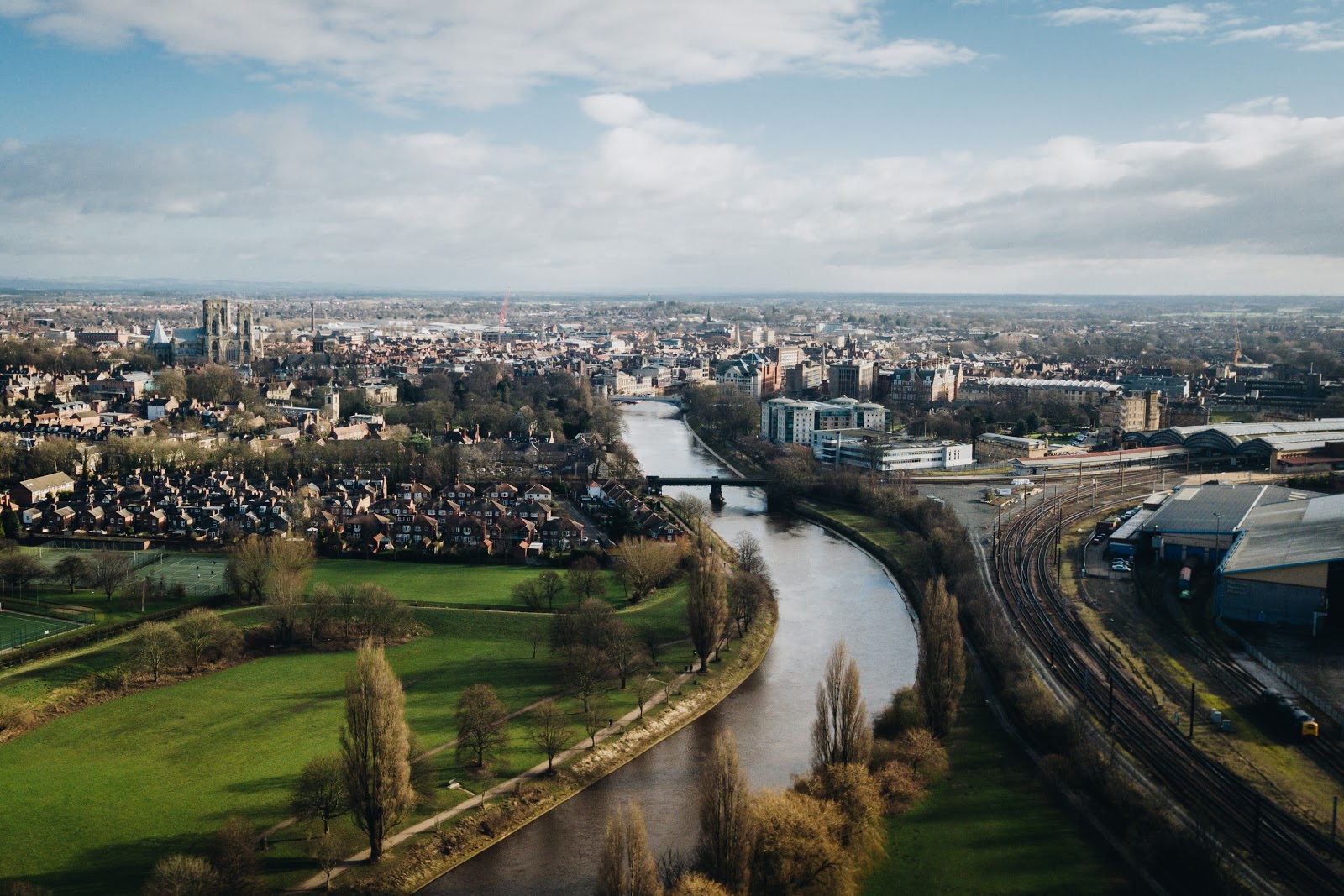 Moving up into North Yorkshire, we have the ancient and stunning city, and when I say ancient and stunning, I mean it, the city is nearly 2000 years old and has one of the most breathtaking cathedrals and city centres in the world. York was never really a hub of industry like other northern cities, it has always been more of a political animal, with the Romans, Vikings and Britons all using it as a political centre for the north of England. These days the economy is driven by service industries and tourism, with thousands of tourists flocking to the city every year, especially Americans, who wonder at its unimaginably old and historical buildings. Of course, like all Yorkshire cities, it is surrounded by incredible beauty. This time it’s the Moors that are on the doorstep of the city. With an almost primordial beauty and ruggedness, they exemplify maybe better than any other landscape the character of the people - hardy, honest and proud yet welcoming and undeniably impressive.

Property in York is a little steeper than in other cities in Yorkshire due to its reputation and status as a tourist hub, but you can still find a bargain if you look hard enough. You can buy a beautiful two bedroom flat on the water in the Woodsmill Quay development for just £175,000. Again, if you are looking more for a family home, you can pick up a detached 3 or even 4 bedroom home in some very attractive villages on the outskirts of York for well under £300,000.

The actual name of the largest city in East Yorkshire is Kingston-upon-Hull, but everyone knows it as simply Hull. As a port on the North Sea and the River Hull, the city was a target for bombing raids during the Second World War and saw the most extensive damage to residential property in the country, with 95% of its houses destroyed or damaged in the Blitz. The post-war years saw a long period in the economic doldrums, followed by extensive rebuilding and redevelopment in the latter part of the last century, and the city’s recovery was seen as complete when in 2017 it was named as the UK’s City of Culture. Unsurprisingly, the city of Hull and its residents have a reputation for resilience and toughness, but, like the rest of Yorkshire, it is also an incredibly warm and friendly place for visitors and those wishing to make it their home.

Property in Hull is incredibly affordable. As the city was late on the scene with regard to the redevelopment of northern cities, it is a little behind Leeds, Sheffield and York in its state of renaissance, but that is great news for investors. Remarkably, you can pick up a very attractive, modern 3 (yes… 3!) bedroom flat in the city centre for £75,000. If you’re looking for a family home near the sea, you can get a stunning 4 bedroom house in nearby Grimsby for only £185,000. And that’s why everyone is talking about investing in, or moving to, God’s Own Country!