Welcome to ‘Silicon Fen’: Cambridge - The Home of Technology

Whether or not they knew it at the time, when Trinity College created Cambridge Science Park as a centre for scientific enterprise and innovation back in 1970, they changed the face of British industry and transformed the city of Cambridge and the surrounding area forever. Now, thanks to that decision made over 50 years ago, Cambridge is at the heart of one of the most successful technology-based business communities in the world. 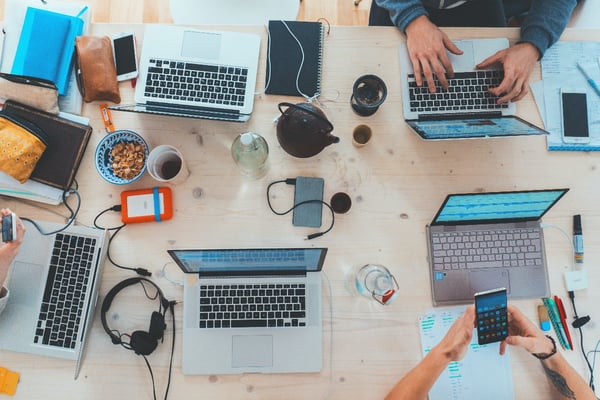 The terms ‘The Cambridge Phenomenon’, then less dramatically ‘The Cambridge Cluster’ and finally, in a knowing nod to its more famous American sister, ‘Silicon Fen’ refer to the meteoric rise of Cambridgeshire as a technology hub. The cluster has given rise to some of the UK’s most famous and successful companies, from Acorn back in the late 70s, through Solexa in the late 90s, Swiftkey in the 2000s to Raspberry Pi in 2012, and Silicon Fen continues to attract both established firms and entrepreneurs. In 2019, Amazon tested its drone delivery service in the city and Apple opened a new AI lab in Cambridge, while Cambridge Enterprise Seed Funds planted £5.3 million in 14 exciting new start-ups.

So what is it that has kept Cambridge, a relatively small city, at the forefront of the technology and life science industries for the last 50 years? The major player throughout the region’s rise to power has been the very institution that started it all back in 1970, Cambridge University. Obviously, it helps that Cambridge is one of the oldest and most respected universities in the world, but the success of Silicon Fen cannot be put down to the university’s reputation alone. Some very smart decisions made at just the right moment, like the establishment of a research partnership with MIT in 2000, and the fact that the university has constantly maintained its links with companies that were born of its beneficence, have meant that the business and academic worlds live side-by-side in Cambridge and are inextricably linked, each supporting the other.

Silicon Fen, then, is more than just a flash in the pan, it provides jobs and security for thousands of people across the region, but just how important is Silicon Fen to the local, national and global economy? In the financial year from 2018 to 2019, according to Cambridge Ahead, a business and academic organisation that looks at the current and long-term growth of the region, the turnover for the Cambridge Cluster was a staggering £51 billion with over 250,000 people being employed in more than 25,000 companies. According to the Cambridge and Peterborough Combined Authority, their region contributes over £5 billion annually to UK PLC, has two of the fastest growing cities in the UK and more patents registered annually than all the other UK authorities combined. Quite important, then.

When asked why they chose to set up business in Cambridge, people often cite similar reasons: a steady stream of graduates, good transport links, the Cambridge Network (an ‘organisation’ that ensures that people with the right credentials are rarely out of work for very long) and a great standard of living. Ramsey Faragher, CEO of Focal Point Positioning, a start up that focuses on GPS and positioning software, told Technation that ‘Being based in Cambridge gives us access to well-motivated and highly-talented individuals, as well as a rich community of successful and established “Silicon Fen” entrepreneurs who can provide invaluable guidance and contacts.’ It seems that the self-nourishing nature of the cluster - the fact that graduates are produced, nurtured and developed within the community, and, through networks, helped back on their feet if their venture fails - is what is keeping Cambridge at the top of the rankings in the tech industry.

However, things are not all wine and roses in Silicon Fen. The logistical factors that made Cambridge so attractive in the past are now, ironically, the very same issues that are causing consternation among the inhabitants of the booming region. The low commercial and residential rents of the 90s and 2000s, that made Cambridge so attractive compared to London and attracted entrepreneurs from all over the world, are long gone and now Cambridge is one of the least affordable cities in the UK. Employers now complain that it is becoming more difficult to attract graduates from elsewhere or convince ex-Cambridge students to remain in the city, as they simply cannot pay them enough to be able to live there in any sort of comfort. Luckily, though, like in Cambridge’s sister city Oxford, the local councils have realised that by restricting development they are only shooting themselves in the foot. The fear of a possible ‘brain drain’, with the east coast of America cited as the next potential centre of the tech industry, has prompted the British Government to collude with Cambridgeshire County Council and Cambridge City Council to come up with a Local Plan which will cement Cambridge’s place as the best place to do tech business in Europe. Hundreds of new developments have been green-lit in the past five years, with thousands of new homes being built, rail and road links will be improved to make travel to and from, as well as within, the region faster and easier and there are even a couple of newtowns under construction, places where families can settle or businesses can set up and thrive.

In recent times, then, the region has experienced what can only be called a ‘wake up call’ with some companies already considering leaving the area in search of somewhere more like Cambridge 30 years ago. However, with a government and local councils that have learnt to appreciate the economic value of the region both locally and nationally, a university that consistently invests time, energy and money in its precocious offspring and a business community that looks after its own, the future still looks quite rosy for Silicon Fen.