Could Weehawken Be The New Soho?

This New Jersey city offers the best of city life without breaking the bank. It seems pertinent that, given the rampant success of Hamilton the Musical on Broadway, the site of Alexander Hamilton’s duel with Aaron Burr in 1804, Weehawken is now one of the hottest (and most affordable) pieces of real estate across from Downtown Manhattan and therefore the country.

Despite seeing the mortal wounding the nation’s most neglected founding fathers, its proximity to Downtown New York, Hudson River backdrop and its wonderful schools make it a site of intense investment interest in the near future.

Fig.1: Placard detailing the duel between Alexander Hamilton and Aaron Burr in 1804, Weehawken,

This sentiment is reflected in recent publications by the New York Times and The Washington Post in addition to numerous magazine and online articles.1,2 Its tranquillity is frequently juxtaposed to the hustle and bustle of the city just across the Hudson. A certainty is its development since the industrialism of the 20th century. However, much like the redevelopment which has occurred in some of the most desirable areas in New York, such as Soho, the industrial charm makes Weehawken something of a special case. The area’s renaissance is being driven by novel amenity offerings (dog walks, colourful rooftop bars, open work spaces), infrastructure improvements, transit station redevelopment, permanent employment growth alongside millions in added tax revenues. 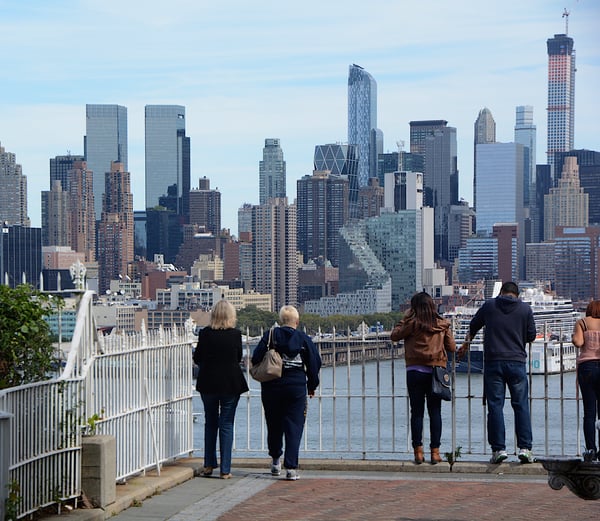 Its cliffside peace, with easy accessibility to New Jersey’s “Gold Coast” for sunny, nostalgic weekend trips along the Hudson river, accompanied by its familial vibe make it the perfect area for those considering a life across the river from the city. Moreover, it benefits from being less ‘city-like’ than the nearby Jersey City or Hoboken: it has a lack of high-rise buildings as it was carefully protected by local officials to preserve its stunning views of Manhattan. Furthermore, it is often said to have one of the most convenient commutes from outside the city, with a 10-minute drive on days with little traffic, directly leading into the most vibrant areas of New York.3 There are few areas in New Jersey or New York have maintained such an authentic, unspoiled feel whilst maintaining some of the best, most memorable views of the world’s most famous metropolis.

Weehawken High School was ranked in the top 12% of the “most challenging schools” in the United States by the Washington Post in 2017, obtaining a 98% graduation rate.4,5 In the same year, the International Centre for Leadership in Education named Weehawken “one of the twelve most innovative districts in the nation.”6 Moreover, its schools are the highest ranked in the whole of Hudson County and it has some of the most diverse student bodies in the whole of New Jersey. Significantly, instructional spending per student is nearly twice the national average, making the education opportunities in Weehawken an understandably popular district for investors and families alike.7 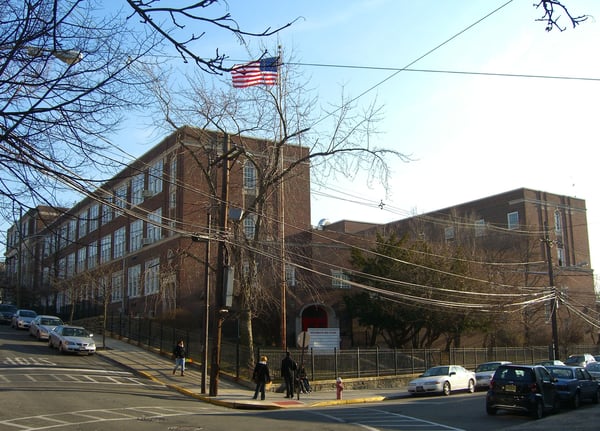 Weehawken is the perfect place to bring up a young family, whilst keeping up with the energy of the city rather than the slow suburbia of Chatham or Summit. In many ways, it’s the ideal place to maintain suburban living on the footsteps of the city, in touching distance of some of its most famous landmarks.

Transport/Accessibility into the City and Elsewhere

Lincoln tunnel provides a quick route straight into the city, which takes less than 10 minutes without traffic. Most residents commute by car, although there are developing bus routes, such as the New Jersey Transit bus, no. 128 which takes 11 minutes. Alternatively, it’s a 7-minute train ride on the Hudson-Bergen Light Rail line: two stops away from Weehawken. Transfers to the PATH train to Midtown Manhattan takes 14 minutes. The ferry is another attractive option: a one-way ferry ride takes six to eight minutes.

The vibrancy of New Jersey has attracted a number of firms over the last few years, with JP Morgan Chase, Forbes, EY and Meryll Lynch opening offices nearby.

A short trip into the city will allow you a convenient visit to the dreamy Highline in Downtown Chelsea. Weehawken itself also supports beautiful parks, such as Hamilton park and Boulevard East. A mile-long waterfront path is also perfect for lazy walks in the late summer and early spring with stunning views onto the city. 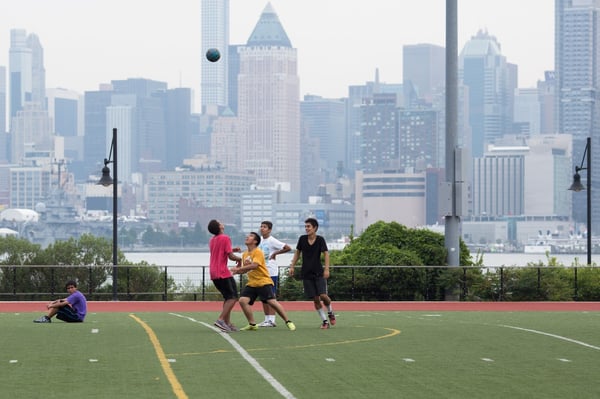 Fig.4: Weehawken Waterfront Park and Recreation Centre with Manhattan in the background.

The Hudson Riverfront Performing Arts Centre is a vibrant and young non-profit providing for quirky and varied shows throughout the year. Moreover, its proximity to the city with music venues such as the Barclay’s Centre and Madison Square Gardens mean that you are only ever a stone’s throw away from world class live music and theatre. A lovely array of summer concerts in Hamilton Park also provide for some unforgettable entertainment right on your doorstep. 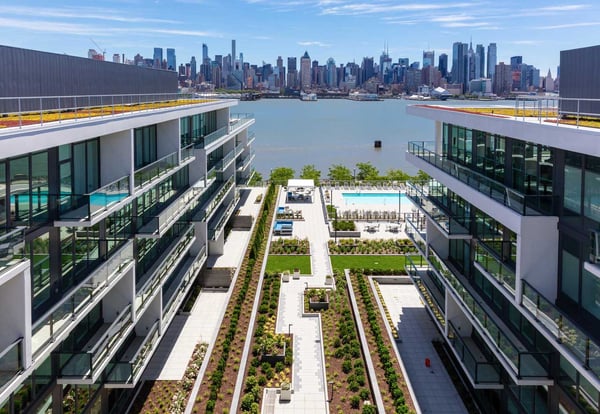 Fig.5: View of Manhattan from the Lennar 1200 Avenue riverfront development in Weehawken.

The nearby Lincoln Harbour comprises of a number of restaurants, a public park, a 250-slip marina and waterfront walkways overlooking the New York skyline.

Named in the top five most ‘instagrammable spots’ in New York by New York Inspired, Weehawken boasts some of the most unspoilt views of the city. The spectacle from inside the recently constructed waterfront developments will not be beaten. 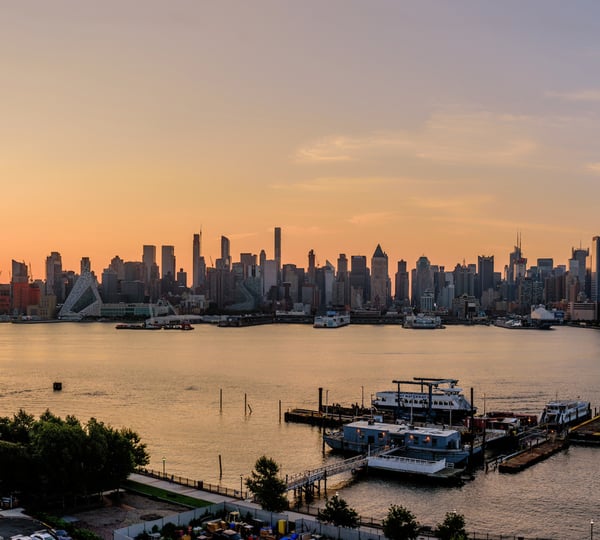 The market fundamentals of the area make property here extremely sought-after. Weehawken has seen explosive price growth in the past few years: rising almost 25% in 2016/17.8 Zillow regards the real estate market currently as “very hot”, attracting numerous overseas buyers and locals alike. Prices have risen by 7.2% in the past year, with a predicted 4.1% rise next year.9 Real estate, given the limited scope of available housing, is sought after and is outstripped by market demand. Moreover, the median price per square foot for property in this area is over three times the New York-Newark-Jersey City Metro average, reflecting the highly sought-after nature of this beautiful part of New Jersey.10

Prices in comparison with the pricey Manhattan are another strong draw to the area. Its attractive rental prices in comparison to New York mean millennial workers and professionals seeking a more suitable area for family living have flocked across the river. With New York now having the second most expensive median rent for rental of a one-bedroom apartment to San Francisco, of $2,980, it is unsurprising New Jersey property has seen such a boom in recent years.