There is no point in denying or ignoring the fact that Belfast is a city with a dark past. The Troubles, which ran throughout the 70s, 80s and 90s, claimed hundreds of lives on both sides of the conflict and destroyed much of the city. Now, though, Belfast is witnessing a period of genuine regeneration and is losing its reputation as a city you would never want to live in. With millions of pounds of inward investment, the Cathedral Quarter, desperately in need of renovation, is undergoing a renaissance, and at its heart is the Tribeca development. 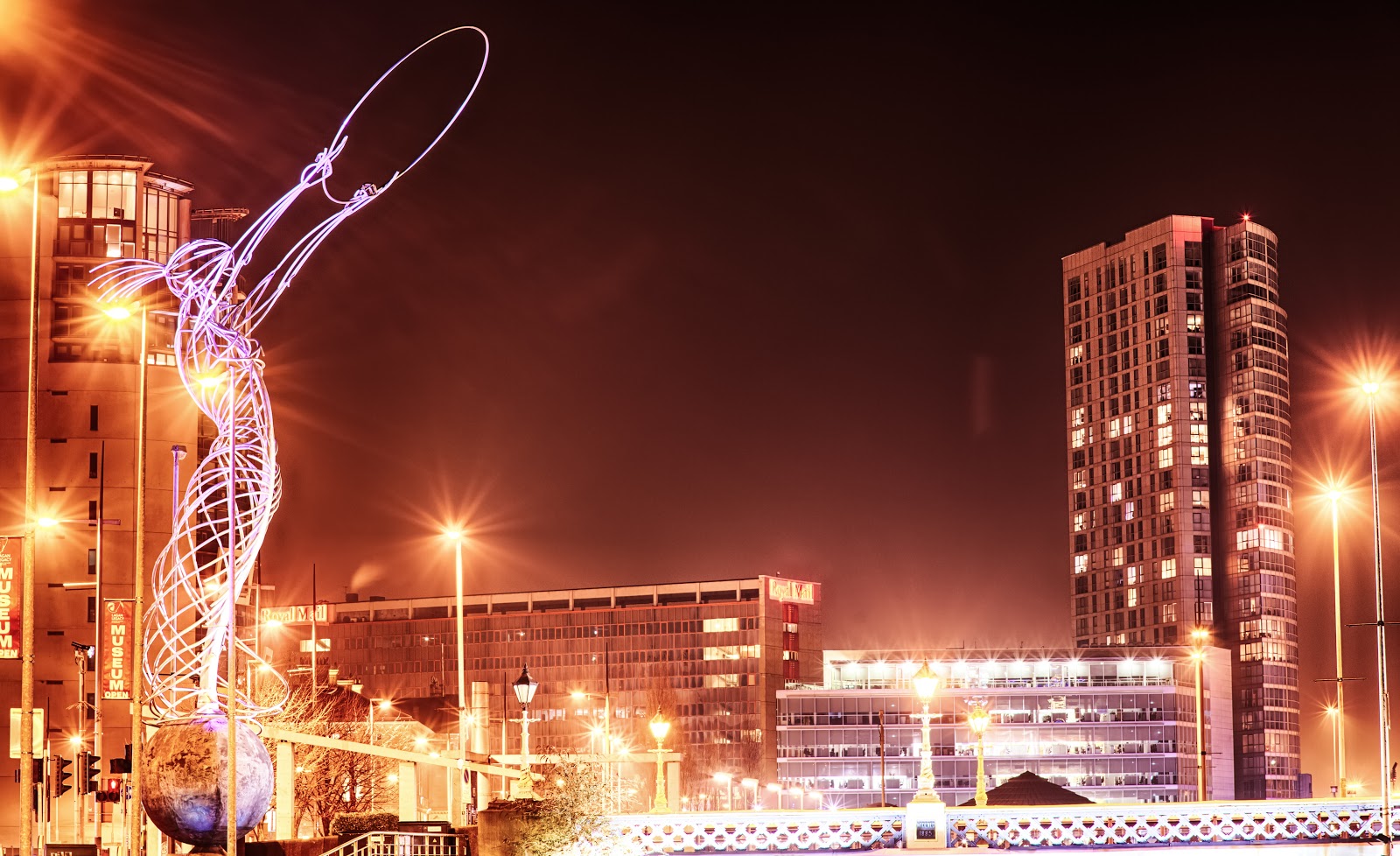 Since the Good Friday Agreement of 1998, which effectively ended decades of sectarian violence between the mainly Catholic Republicans and the predominantly Protestant Unionists, Belfast has become a far safer and more attractive place to visit or call home. The Titanic Quarter, the ill-fated ship was constructed at the city’s Harland and Wolff shipyard, was the first large-scale development. Since its inception in 2003, the area has seen the construction of a huge film studio, the Titanic Museum, Belfast Metropolitan College’s new £44 million campus and several large office and residential blocks. This transformed the waterfront in Belfast and turned it from a decaying and, frankly, frightful looking concrete eyesore into a thriving business and residential community and a huge tourist draw.

After the redevelopment of the waterfront had begun, the next site that Belfast City Council and the residents of the city had on their hit list for improvement was the tired and neglected old Cathedral Quarter. At the heart of the old town, with St Anne’s Cathedral, the North Street Arcade and Writer’s Square at the centre of a network of streets and alleys dating back hundreds of years, the Cathedral Quarter is a much-loved and iconic part of Belfast. This is the reason that the Tribeca development has been in limbo for the last few years, as local protest groups and the City Council thrash out a plan that will keep everybody happy. Now, though, since a tacit agreement was reached in January 2020, it looks as if the project will, finally, get off the ground.

The developers, Ewart Properties, were the first to propose redevelopment of the area and they tabled various plans over a 16 year period from 1999 to 2015, but all foundered and eventually Ewart came to the conclusion that the project was doomed to stay in the planning stages and decided to call a halt to proceedings. In 2017, though, the project rose from the proverbial ashes under the helmsmanship of London-based developers Castlebrooke, and since they took over, the project has once again looked likely to go ahead. In 2018, the company announced that the project would be renamed Tribeca Belfast, mirroring similar developments in New York and Liverpool, the name is an acronym of the Triangle Beside the Cathedral.

The proposed redevelopment will see large scale reconstruction of the Cathedral Quarter, with a focus on residential and business space. The entire area will comprise 1.5 million sq ft, with 97,000 sq ft of office space, 29,000 sq ft of retail space, two hotels, six residential buildings and the rest divided between public use buildings and public space.

It is no secret that there has been quite fierce opposition to the scheme, but, Speaking on Good Morning Ulster, architect Dawson Stelfox, one of the project's designers, argued the area "needs a big, bold effort to get such a derelict area of the city back into life again".

"There's been a huge amount of public consultation and the scheme has changed as a result of that," he said. "All the listed buildings in the scheme will be properly restored and put back into life again. In addition to that, quite a lot of the historic facades are also being kept. In these schemes, no one gets everything they want but it's a balanced judgement as to what is economically viable, what's realistic, good for the city and how we can get regeneration happening."

The outline plans will now have to go to the Department of Infrastructure before they can be fully approved, but supporters of the Tribeca Belfast project have their fingers crossed that this time the development will get off the ground and give the area a well-deserved facelift.