In 1973 the Thai government replaced its under-performing and badly organised social housing system with the new National Housing Authority (NHA). Initially, the scheme was set up to support low and middle income families who were finding it difficult to secure housing. By offering affordable loans that were subsidised by the NHA, thousands of Thai families were able to obtain mortgages and therefore get on the first rung of the property ladder. Since then, hundreds of projects have been completed and the number of Thais living in slums has decreased sharply, as have the unemployment rate and the number of people living below the poverty line. After the initial Phase 1 of the project successfully housed many of the country’s poorest inhabitants, Phase 2 is now focusing on two groups that are most at risk economically: the elderly and new parents.

The main agent of the government’s housing plan is the Government Housing Bank (GHB). Together, the GHB and the NHA plan to provide 1 million homes to the most vulnerable people in Thailand, including the elderly and infirm, young couples starting a family and also those who are taking care of elderly relatives. Thailand prides itself on its history of taking care of its citizens, and this caring culture is woven into the very fabric of Thai society. Unlike in the West, where our elderly are often put into homes and forgotten, most Asian countries still revere their elders and they form a large part of familial and social life. The government recognises this and rewards both those who have lived in and supported the country all their lives and also those who support those loyal and aged members of the population.

The model is relatively simple, and tried and tested. The GHB will have a 50 billion baht housing loan plan which will be distributed among the groups mentioned above as well as to the usual recipients, low and middle income families, but with the elderly and their carers taking priority. With many homes earmarked for the low income groups, those earning just 25,000 baht (around $800) a month could find themselves owning their own home under the scheme and paying on average just 3,600 baht (around $115) a month for their mortgage. Those earning over 25,000 baht a month will also benefit from the scheme, though, with a fixed rate of 3% on a million baht loan for the first three years. 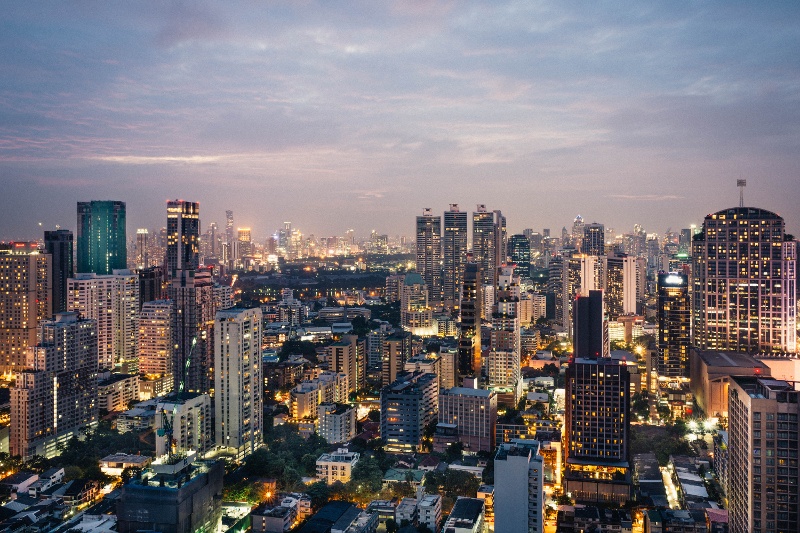 This is not to say that all is completely rosy. Now, of course, like any other country that depends so heavily on tourism, Thailand is going through some extremely tough times economically due to the Covid 19 pandemic. The country still has to endure many of the natural disasters that befall the region, such as floods and typhoons, which often means that the economy takes two steps forwards but then one step back. The housing itself, too, could be better. At 33 square metres for a typical apartment in a high or medium rise building in Bangkok, social housing is not exactly luxurious, and many of those housed under the scheme complain of a poor quality of life. This is something that is on the NHA’s radar and they have pledged to not only house the poor and elderly of Thailand but also to provide a minimum level of health and happiness. With big-hitting private investment coming from companies like Coca-Cola, as well as the traditional banking and finance organisations, the impact of public/private partnerships could be the factor that means that this success story continues long into the future.