Edinburgh, like San Francisco, Amsterdam and Barcelona, is one of those cities that you always feel you should walk, or at least cycle, around. For smallish cities, public transportation throws up an unusual question: do we really need it? And if so, what kind? The answer is often the same - trams.

The residents of Edinburgh historically shunned the slow-moving buses and infrequent and unreliable local rail network, in favour of healthier means of transport - bike or foot. When a tram system was proposed back in 1999, many were skeptical about its necessity, how much it would cost, and where it would go. After six years of construction, from 2008 until its eventual opening in 2014, the planned tram system was 100% over budget and it looked like the tutting locals had been right all along. Now, though, the Edinburgh Tram system is seen as a great success story, having recouped its losses in just two years, and is being heralded as a fast, efficient and environmentally friendly solution to the city’s transport conundrum.

The current system comprises a single 18km line that runs from Edinburgh Airport in the west of the city to York Place in the eastern part of the city centre, with a further 13 stops in between. 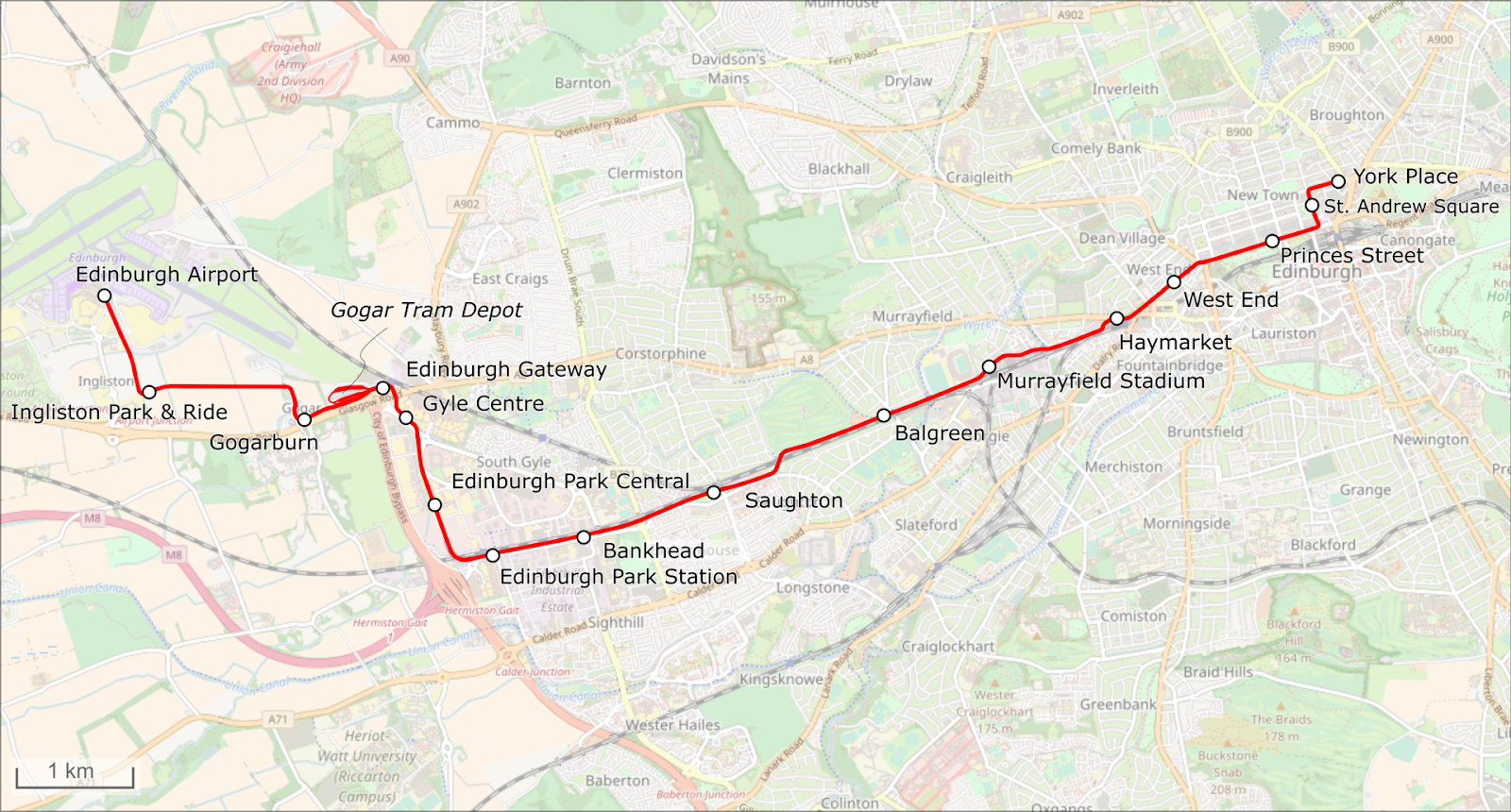 This, however, is very different to the initial proposal back in 2002, which was to take in the northern suburbs of the city and the shore at Leith. The idea was to create a commuter service but also a means for the residents to get out to the seaside on the weekend for some R & R. This idea, however, was scrapped in 2007 and a new map was drawn up. The new Line 1 would bisect the city horizontally, giving access to the eastern and western reaches of Edinburgh, and this is the line that we can see today. Lines 2 and 3 have been permanently scrapped, the extension of Line 1 further east to the sea is now under construction, though, and should be completed within 5 years.

Trip Advisor even has Edinburgh Trams listed on its Things To Do page for the city, and it currently holds a 4 star rating. Many tourists take the tram as a cheap and easy way to see the city as well as to get to and from the airport. One user commented that ‘The Tram is frequent, inexpensive, clean, warm and has excellent WiFi. Highly recommended. I wish I had travelled during daylight hours to see more of the city.’ And another wrote, ‘Trams run straight along Princes Street, so ideal for shops and bars in Rose Street. The tram also stops at Murrayfield so ideal for sporting fixtures.’

There is no denying the fact that the 35 minute journey from York Place to the Airport is more comfortable and less stressful than the 12 year journey from initial planning to someone actually taking a tram ride in Edinburgh. In 2009, still 5 years before the first line even opened, when David Mackay resigned as chairman of Transport Edinburgh Limited, which was then in charge of the project, he described the construction of the tram system as "hell on wheels". Now, though, local councillors, residents and visitors to the city have nothing but praise for the service, many commenting on the cleanliness of the trams, friendliness of the staff and efficiency of the service. So, in the end, Edinburgh Trams is a transportation success story, and something that the people of Edinburgh are proud of.