The Czech people, especially since the Velvet Revolution of 1990 saw the liberation of the country from Communism, have long seen themselves as a philosophical nation. Many a night has been spent in crowded Prague pubs ruminating over prickly political problems while swigging ridiculously cheap but incredibly tasty beer. While this habit lends itself to fascinating bar room debates, it is less at home in the very real world of social policy-making. Unfortunately, ideology seems to have taken the place of reality in several political spheres in the last 30 years, and Social Housing is an area that seems particularly popular among the amateur and academic ideologists of this young country. 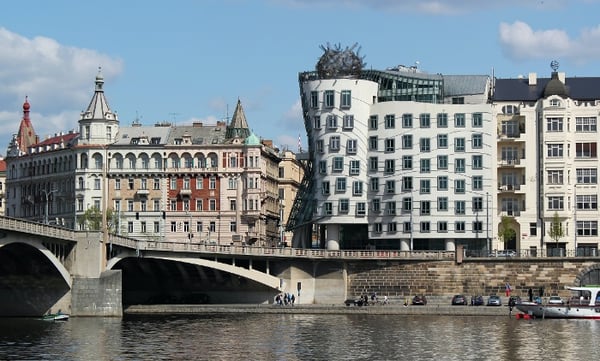 Post-revolution Czech Republic was a hotbed of fervent political aspiration and change. Everyone had an opinion about how the new country should be run and every citizen became a political analyst. This led to a country that was run based on ideas rather than policies, but unfortunately, countries that run on good intentions often founder when reality bites. In theory, of course, what the Czech people demanded, good quality, affordable housing for all, especially the poor, seemed very sensible and on paper it looked eminently doable. However, actual legal and political frameworks were absent from many of the policies passed, and this led to much confusion and misinterpretation. Rather than having a national policy regarding Social Housing, the government took the easy way out and passed responsibility to each municipality to make up its own ideas about how it would house its poor.

The Czech Republic is unusual in that 80% of its municipalities have populations of 1,000 or less. Add this ‘village’ structure to the fact that each city, town or village in the country was given the right to control, issue and build Social Housing however it liked, and you are left with a country in which there is a huge disparity between how SH programmes are treated from one town to the next. In some municipalities, SH has been a prominent feature of its political mapping, with their poor and homeless housed in affordable, well-run projects. Others, though, have opted out almost completely, hoping that if they simply ignore the issue, it will go away, and, unfortunately, this seems to have worked, with the poor and needy of the country gravitating to several places where the issue is addressed seriously, including Prague and the Czech second city, Brno.

The Czech Republic is not alone. Many countries in transition from one political system to another, especially from Socialism to Capitalism, have experienced social and political upheaval and confusion. From Mongolia to Lithuania to Bulgaria, there have been examples of corruption, political naivety and well-meaning idealism that have contributed to the slow development of Social Welfare systems. The Czech Republic has acknowledged this failure and in its more robust and reality-based document “Social Housing Concept of Czech Republic 2015–2025” it outlines a fairer and more feasible action plan that will see less decentralisation, more control and better use of the nation’s welfare coffers. Private investment, though, is key to the success of this ambitious 10 year plan. With 30 years of market economy experience under their belts, the Czech government now realises that Public/Private partnerships relieve the financial burden and also create relationships with international investors that will stand the country in good stead in the future. Reality, it seems, has finally bitten, and with it comes an excellent opportunity to invest in a country that is certainly moving in the right direction.