Bristol - The History of an English Maritime City

Bristol is now well-known as a cultural centre and one of the most fashionable places for thirty somethings with some spare cash to move to, usually from the increasingly unaffordable capital. But Bristol is so much more than art festivals, trendy bars serving craft beer or a centre for technical and aeronautical engineering, it has one of the richest and most fascinating histories of any city in England. 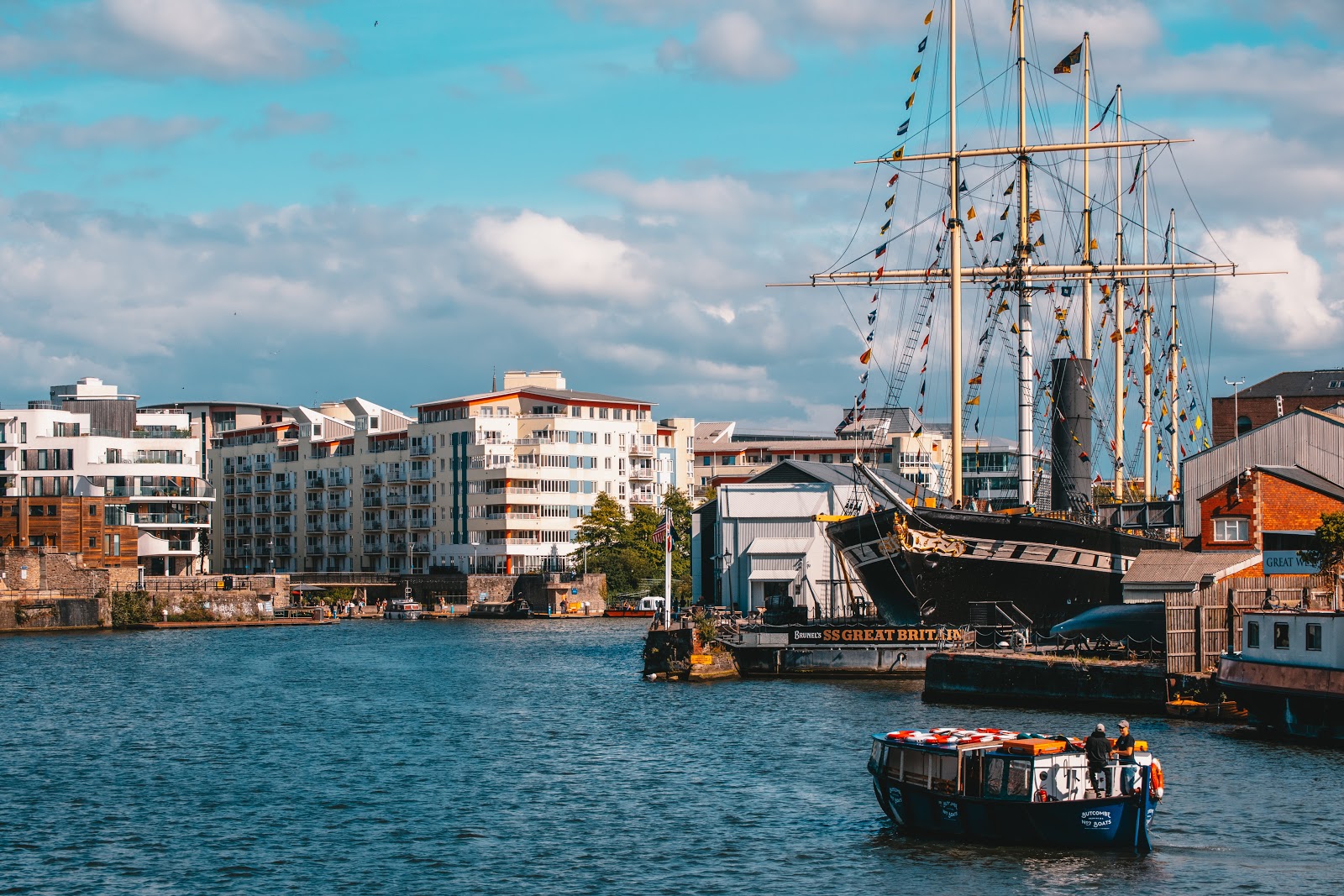 The SS Great Britain in Bristol

Due to its location on the Severn Estuary on the south-west coast of England, Bristol has always had links with the sea. The first inhabitants, evidence has been found of flint tools that could be 300,000 years old, however, could have been Neanderthals, not humans. There is certainly proof of human habitation from the Iron Age, about 1000BC, with evidence of hill forts built on the confluence of the Rivers Frome and Avon, and then continuously after that. The Romans settled there and built a road from one of their favourite spots in the country, the resort of Bath, or Aqua Sulis as they called it, with its hot springs, to where Bristol sits now.

Bristol, however, really began to flourish in the Middle Ages. Founded by the year 1000 and known as Brycstow, which translates from Old English as ‘the place at the bridge’, it received its royal charter in 1155. Originally part of both Gloucestershire to the north and Somerset to the south, Bristol became a county in its own right in the late 14th Century. The nature of international trade and commerce at the time dictated which cities became the hubs of industry, so Bristol, like Istanbul, Venice, Seville, Amsterdam and Athens, grew exponentially as merchants flocked to its shores to trade in goods from all over Europe and further afield.. This was, of course, before the Industrial Revolution, which transformed the economic and structural landscapes of many European countries, but especially England, in the 18th and 19th Centuries. Bristol, along with York and, of course London, was consistently in the top three most populous cities in England for nearly 400 years between 1300 and 1800. It was only the emergence of the industrial powerhouses of the north and midlands, like Liverpool, manchester, Leeds and Birmingham, that pushed Bristol down the rankings. The city remained, though, an important port, and is still an active maritime city today.

One very dark blot on the copybook of Bristol’s meteoric rise in that period is the city’s connection with the slave trade. As well as spices from Morocco and silk from Istanbul, came people, thousands upon thousands of them, from West Africa, to be shipped off to the Americas and sold into slavery. Edward Colston, seen for many years as one of Bristol’s greatest sons and a generous and forward-thinking philanthropist in his day, recently suffered the punishment of being thrown into the sea by Black Lives Matter protestors. Some have already noted the irony in the fate of his statue experiencing the same fate, no doubt, as many of the unfortunate souls that were thrown overboard when they were obviously too sick to last the long journey in the horrific conditions aboard the slave ship. This was, it seems, a common practice among the slave traders of the time. In his lifetime, though, Colston enjoyed a life of great wealth and, we assume, contentment. He certainly had the respect of his peers and citymen. Bristol’s reexamination of its colonial past is pertinent and is a new and fascinating chapter in the history of this incredibly adaptable city.

Bristol’s rich maritime history, however, should not be forgotten in the rush to condemn Colston and others. Bristol was the starting point for many great journeys and explorations, including that of the Venetian John Cabot in 1497, who became the first European since the Vikings to make landfall on the mainland of North America. He was followed just two years later by the Bristol merchant William Weston, who led one of the first voyages of exploration to the New World. In addition to legal trade, there was also a fair bit of smuggling going on, the city making a small fortune during the Anglo-Spanish war of 1585-1604, smuggling guns to the Iberian peninsula, effectively arming the enemy.

So, the Bristol of today may sit on some dark and troubling origins, but it also is the proud owner of a great maritime history. In the 19th Century, when Bristol had finally ceased its abhorrent connections with the slave trade, one great figure in the history of engineering made his name in Bristol. Isambard Kingdom Brunel, although born in Portsmouth, will forever be connected to Bristol. It is there from which his two great ocean going steamships, the SS Great Western and the SS GReat Britain, which still sits in the city’s docks, were built and first set off into the Atlantic. But Brunel was not merely a designer of ships, he was also the principle engineer on the Great Western Railway, which connected Bristol to Paddington in London and, of course, the sublime Clifton Suspension Bridge spanning the Avon Gorge, still seen as one of the greatest architectural feats of the Victorian Age.

Nowadays, Bristol is just as famous for its nightclubs, galleries and restaurants, but, although much of its rich history is tinged with darkness, let’s not forget the vital and positive role that the city played in the growth of Great Britain and in the exploration of the world.