What to Do and See in San Francisco, California

San Francisco is a city that hums with the activity of its metropolitan residents night and day. A truly modern city, San Francisco is a hub of history, culture and technology managed by corporate, creative and cutting edge professions. Experience the bustle of downtown only rivalled by New York, the serenity of Twin Peaks with stunning Californian views and the history of unique historical sights like Alcatraz Island. With so much to see and do, it can be difficult to decide what to prioritise during a fleeting visit to one of the United States’ most iconic cities. Check out our guide below to the essential sights and check out the Propeterra Resource Page for more insight into San Francisco’s culture, heritage and booming real estate market.

Alcatraz Island, often portrayed in popular media, is as haunting in person as it is portrayed on the big screen. Visit the iconic prison island for a chilling audio guide that delves into the history of its 30-year occupation, feelings and sensations of staff and inmates at this desolate prison. As visitors, you can wander the cell blocks freely and enter the abandoned cells to really get a feel of the confinement inmates like Al Capone faced. Outside there are spectacular panoramic views of the city, the golden gate bridge and the harbour. Try the nighttime tour for a chance to be led by a guide through the eerie, dark hallways of the prison, but make sure to book well in advance for this popular experience. 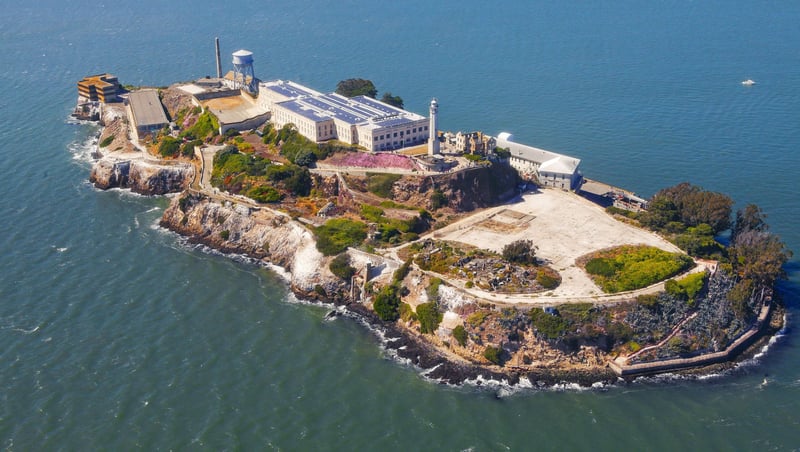 The Golden Gate Bridge is an iconic visual image synonymous with California and the wider US. It is no wonder the suspension bridge has come to be such a tourist destination thanks to its sheer size and incredible, almost luminescent orange, eye-catching colour. Take a bicycle across the bridge for a quintessential tourist experience with bike rental companies readily available in the local area and many routes to take for varying time constraints. To see more of San Fran’s quaint surrounding satellite towns, take the half-day trip to Sausalito in Marin County before hopping on a ferry for the return leg, giving you a multi-perspectival approach to the city. 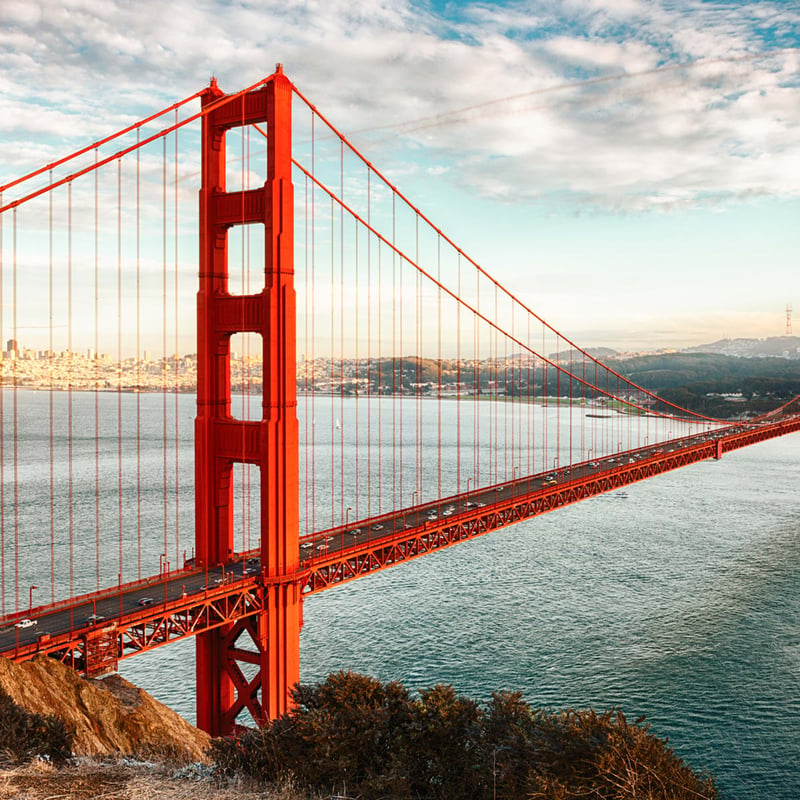 Perhaps an outdated method of transport in the modern age but certainly not lacking in charm, the cable cars are a source of continued pride for the city of San Francisco. The advent of modernity and the technological age has depleted San Fran’s cable car system from 23 carriages to just 3 today. Dating back all the way to 1873, these cable cars were instrumental in building San Francisco up to the city it is today. Still going strong almost 150 years later, the cable cars are a source of joy and uniqueness for international and US tourists alike. Ride through downtown in style and enjoy taking in the sights from a different perspective. Take the Powell-Hyde route for fantastic views of the sea and a quick stop at the iconic, twisting and turning Lombard Street.

The San Francisco Giants are one of the biggest teams in Major League Baseball and a true household name throughout the country. The current AT&T home stadium was completed in 2000 to the tune of $357 million and seats some 42,000 fans on a weekly basis during the height of the season. Situated right on the marina, fans sitting behind the batter have a clear view of the bay in all its glory. The team was known as the New York Gotham’s and played in Manhattan until 1958, at which point they made the switch from East to West Coast, establishing themselves as one of the greatest MLB teams in history. The SF Giants have won the prestigious World Series Title 8 times, most recently being crowned champions in 2014. Catch a game with a hotdog, enjoy the raucous but friendly atmosphere as the teams take to the field and feel like a true San Fran local. 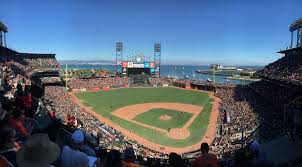 For the best views of the Bay Area, head up to Twin Peaks. A perpetually popular tourist destination for the sheer majesty of the views from the summit, Twin Peaks stand at 922 feet and loom over the city. Take the twisting hairpin bends up the side of the hill to the pinnacle or head on over to the 64-acre park of unspoiled natural parkland filled with animals such as snakes, lizards, the colourful Steller's Jay, coyotes and much more. This park provides a snapshot of what this area was like before the Gold Rush and its urban development. For another scenic tour of the Bay Area, try the drive along the Marin Headlands, which is widely regarded as one of the best drives in the state of California for its sea views, winding roads and pastel sunsets.

Visit one of the City’s Many Museums

San Francisco is a city rich in cultural history. Now enshrined in museums, temples to the art they store, the history is preserved for generations to come. The city’s museums include a wealth of global creations from various time periods across human history from the art of Walt Disney to the Italian Renaissance, from technology to Buddhist statues, the city stores an eclectic homage to human expression. Try the Asian Art Museum for one of the US’ best collections of pan-Asian art with over 18,000 pieces, some of which date back to almost 4000 BCE! Alternatively, try the innovative and interactive Exploratorium for art, science, technology and human perception extravaganza that will leave you with questions as well as answers. The Palace of Fine Arts and Museo Di San Marco are both homages to the European ‘high-art’ of the 16th and 17th centuries, captivating audiences with their architectural facilities and breadth of works. The San Francisco Museum of Modern Art and the Legion of Honour are also well worth exploring for their traditional gallery experiences. 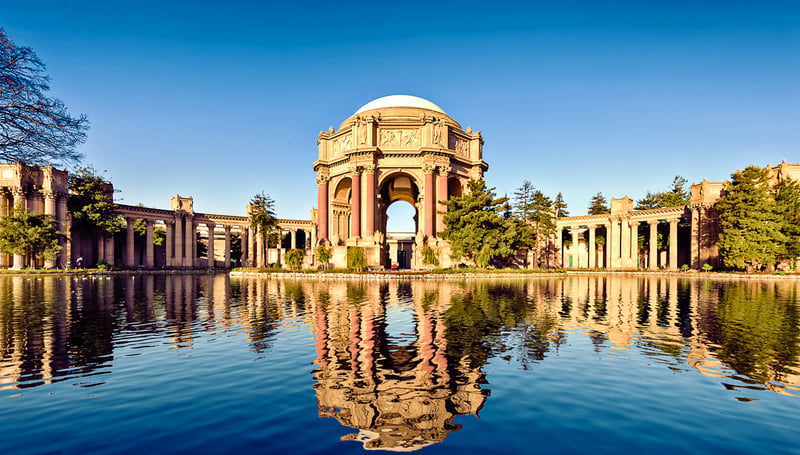 Golden San Francisco is a city alive with possibilities to explore a rich, diverse metropolitan centre. Experience the Illuminate SF festival or head down to Union Square or the Haight-Ashbury districts. To get to know the bay’s inhabitants and see the sights, pick up a kayak and paddle under the iconic Golden Gate Bridge, or get up close and personal with some of the most obscure marine life to be found in the area at the Aquarium. In the evenings, peruse downtown to find a bar and nightlife spot that’s just right for you. There are plenty of ways to spend time in San Francisco, so find your piece of the city with Propeterra. To find out about the real estate opportunities waiting for you, contact Propeterra.