Known for its gentility, liberalism and university, Bristol has hit television screens around the world this week. Since the death of George Floyd in horrific circumstances, Black Lives Matters protests have occurred across continents and forced the UK to confront the most egregious and distasteful episodes of its colonial past. Presiding over Bristol, with his name lent to libraries and crescents, scholarships and endowments, the slave trader Edward Colston, has long ignited passion in this otherwise peaceable corner of the South West. Protestors removed his statue and this symbolic gesture was broadcast from newsrooms in Doha and New York, London and Johannesburg. It has focussed minds on history, but also what Bristol itself represents.

The irony of the situation is Bristol is more commonly known for its cosmopolitan character, its wide acceptance of new arrivals and its commitment to the green economy. It is almost as if its self-definition is consciously posited against an historic wealth drawn from British imperialism. For the last decade or more, Londoners have been moving South attracted by a better quality of life, but a similarly diverse social offering. Many of these London émigrés have shied from the perceived parochialism of some of England’s metropolitan areas and settled on Bristol as a perfect balance of life and culture. This has supported the growth of new industries and regeneration of areas once overlooked.

Bristol’s housing market is, of course, a bell weather for increased desirability. In 2019, it was the most searched for place on Rightmove outside of London and this chimes with appreciation in recent years. In fact, in the period 2009-2019, the mean residential price rose from £192,000 to £308,000, placing Bristol amongst the top ten performers in the UK. This represented 60% growth, substantially driven by transactions at the top of the market. Indeed, as competition for some of Bristol’s most prestigious homes has increased, the overall affordability ratio has worsened to the extent mean prices are now nearly 11 times average wages. In other words, it is people moving to the city, taking advantage of relatively lower prices compared with Greater London, that is driving these figures. As analysis undertaken by the Financial Times shows, the average terraced house is still 40% cheaper than the equivalent in the capital.

The consequence is even prior to Covid, Bristol was starkly divided between housing which matched local salaries, and incomers with large budgets. According to research by Savills, buyers from London represented only 4% of sales under the £750,000 mark, but had a disproportionate influence in the prime segment. For properties priced over £1.25m, London purchasers represented 20% of the total. Agencies, such as Knight Frank, continue to report outsized demand for areas such as Clifton, where estimates suggest there may have been as much as 70% increases in the last decade. Here, it is not uncommon to see property sales upwards of £1.5m with a smaller number in excess of £2m.
The question confronting many property analysts, is what will be the consequence of coronavirus on the Bristol market? Recent economic data suggests not simply in Bristol but elsewhere in the country there is likely to be a sharp contraction in Gross Domestic Product (GDP). Driven by the effective lockdown of the UK economy and furloughing, it would outwardly suggest there should be a reduction in prices. However, the particulars of the Bristol market suggest it may be partially insulated, with reduced transactions rather than prices.

There is significant pent up demand in the low and middle segment of the market, driven by a mismatch between supply and demand over the last two decades. Indeed, in the last ten years there has only been a 10% increase in the overall housing stock, which has been insufficient to cater to a growing population which has expanded at around 11% in the same period. This expansion was already from a low base, where there was a structural deficit in the number of units available. The first impact of coronavirus is likely to be a crisis of confidence, meaning people will prioritise basic expenditure such as housing costs, rather than luxury and discretionary spending. This means there is unlikely to be a deluge of new properties released to market. Combine this with the local authority unveiling a package of support and government-backed deferral of mortgage payments, the risk of default and forced sale is substantially mitigated. It’s worth bearing in mind that even if packages of support were discontinued and necessitated fire sales, Bristol has local demand more than capable of picking up the slack. In the event this did not materialise, property investors would likely re-emerge to take advantage of deductions to market value. 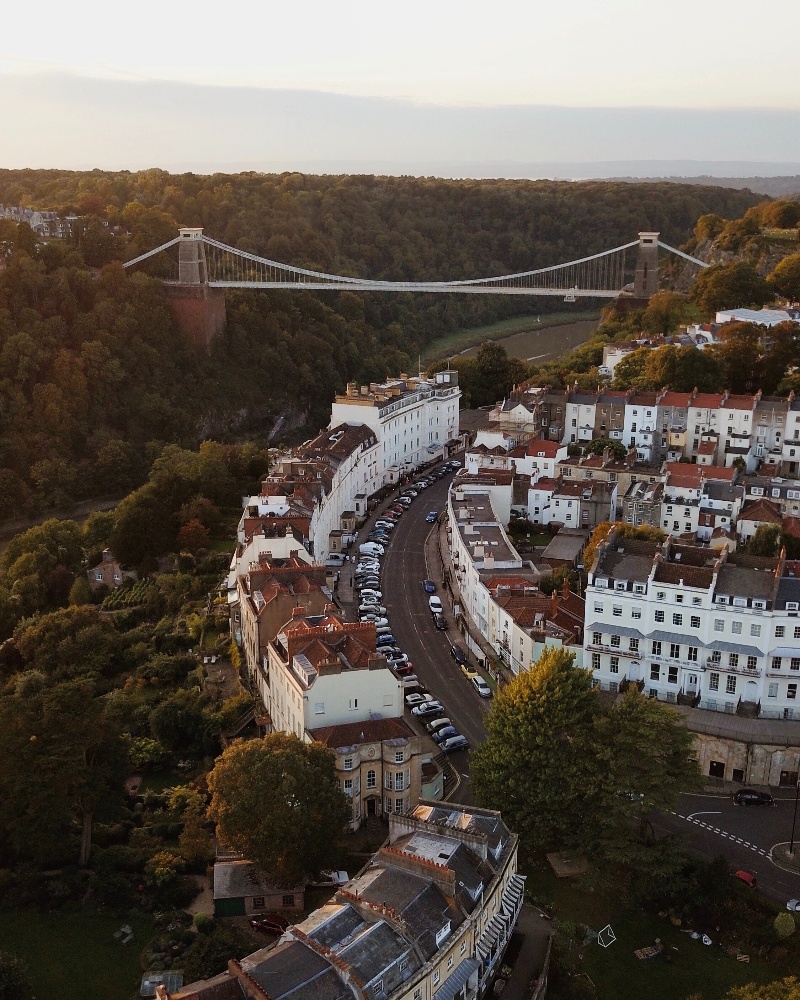 If there is reason to suppose retention of value is possible in the middle segment of the Bristol market, the top segment may even see growth. This stratum of purchasers is not immune to economic calamity, but the recent experience of Brexit has grown tolerance. Purchasers coming from London interested by relocation have already begun to factor market uncertainty in the near term, and Bristol may appear even more compelling as they look to release equity without a diminution in living standards. Not only this, but Bristol, as a centre for technology, green business, and creative industry, is already positioned to take advantage of new work patterns. The virus has shone a light on previous assumptions as to how and where people undertake employment, and this will enhance Bristol’s desirability, rather than diminish it.
Propeterra has identified two areas of enquiry for investors in Bristol. The first is in distressed sales. This is not likely to represent a large segment of the market, and will occur in a short time window, but cash buyers, able to transact rapidly, will benefit from market mispricing in the near term. Investors who are then able to reach agreements with existing occupants to support long term leases, will benefit from security of income and preservation of capital in the midterm. The second area is in the affordable housing market. Coronavirus has focussed attention on extant inequalities, and the failure of government to provide basic services to people, not least key workers. With the government having abandoned an attempt to project fiscal discipline, and adopted a more Keynesian economic approach, there are likely to be significant government contracts and partnerships to deliver housing in areas with affordability issues. Bristol, with both brownfield sites and a housing deficit, is likely to be amongst the cities at the forefront of this push.