The Oxford-Cambridge Arc (O2C) is an economic region linking Oxford and Cambridge via Milton Keynes, and encompassing Bedfordshire, Buckinghamshire, and Northamptonshire, forming an ‘arc’ about 80km to the north and west of London. It supports over two million jobs, adds more than £110 billion to the economy annually, and has one of the fastest-growing economies in England.

(1) Since the early 2000s, government agencies have been working to maximise the opportunities for innovation and business offered by the research and education centres at either end of the arc and the diverse and growing communities between those two major university cities. Since the new millennia, the economy in the arc has grown faster than any other region but London, thanks to its internationally significant science and technology hubs. 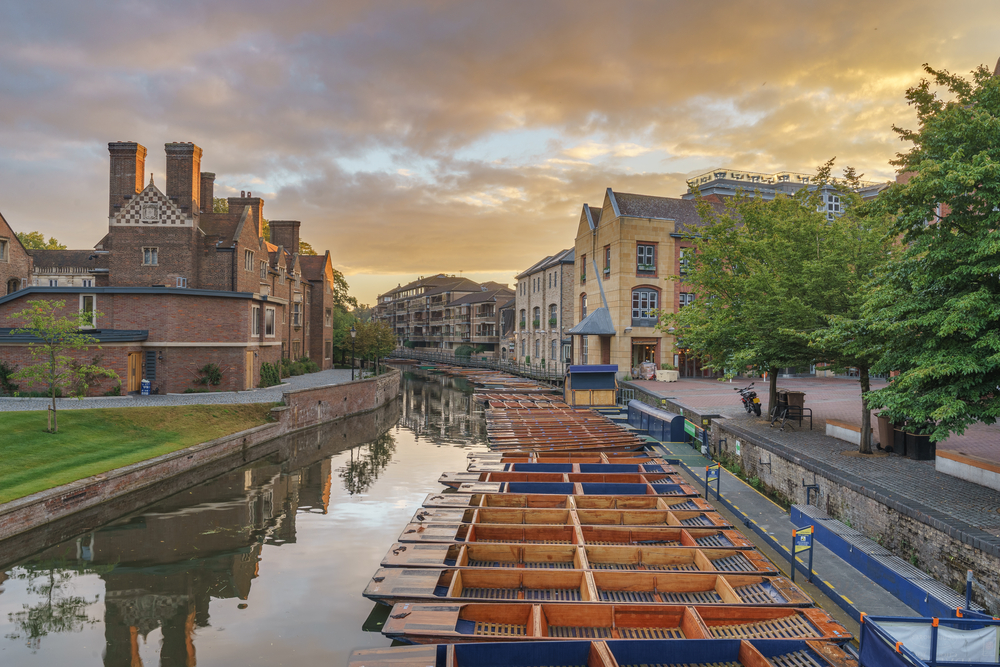 This February, the government announced plans to ramp up development within the arc, with transport link improvements, investment in sustainable home building to create new communities and extend existing ones, and infrastructure development to match economic and population growth. The ‘Spatial Framework’ government consultation on the best ways to move forward with plans for growth in the region to 2050 is currently underway, ending on 12 October.

Oxford and Cambridge are of course well known for their universities and associated booms in science and technology-related business, providing opportunities to be at the cutting edge in sectors such as AI and bioscience. But these are just the ends of the arc – between these two famous and ancient towns are other settlements that form just as important parts of the governments’ plans. Milton Keynes, in the centre of the arc, has a very high economic output based on financial and professional services and its position as an important haulage and distribution centre. Northampton alone has an economy worth well over £7 billion (by GVA), based on finance, distribution, engineering and manufacturing. The Arc includes new settlements such as Cambourne, alongside rapidly expanding older towns such as Bicester – whose populations are set to double in the next two or three decades. The ancient universities are also not the only players in the arc’s knowledge economy, with the University of Bedfordshire, the Open University in Milton Keynes, as well as Northampton, Buckingham, Oxford Brookes, Anglia Ruskin, and Cranfield Universities providing 20,000 jobs and creating innovation and opportunity throughout the region.

One of the major projects relating to O2C is improving transport links from one end to the other. As it stands, the region has good access to London and is served well for air travel, being well linked with Luton, Birmingham, and Stansted airports, but the infrastructure for fast, sustainable travel within the arc is lacking. This is being addressed by the creation of a major new Cambridge-Bedford-Milton Keynes-Oxford railway, connecting the two major centres of research and innovation via the other fast-growing cities. Plans for new roads improving the route between Cambridge and Oxford were scrapped in March 2021, as the framework for development has a strong focus on the environment and sustainability. Discouraging private vehicles in favour of fast mass rail transit means only the East-West rail link is going ahead, with the proposed dual-carriage ‘expressway’ not being conducive to the aim of net-zero emissions from transport within the arc by 2040.

Of course for Propeterra, the main interest O2C holds is in the housing plans. The Spatial Framework set out by the government’s Ministry of Housing, Communities and Local Government is calling this ‘Place Making’, with a focus on creating sustainable, connected, high quality of life communities, with infrastructure for health, leisure, and transport to match. Currently within the arc, as with elsewhere in the UK, housing supply has not kept up with demand, and affordability is very poor. The lack of affordable housing means that the very businesses that are responsible for the arc’s economic success are finding it harder to attract workers, or their employees are unable to live close to their workplaces, increasing pollution in the region due to long commutes. The Ministry and local governments are keen on identifying new locations to build based on the areas with the most need for housing, the areas where development will do the least environmental damage, areas with good connectivity, and areas where existing local residents will welcome new housing developments. The government is providing more than £400 million for housing infrastructure funds, and attention is being paid to ensuring this investment will not all be concentrated in the major cities but instead used to alleviate some of the inequality in the region. 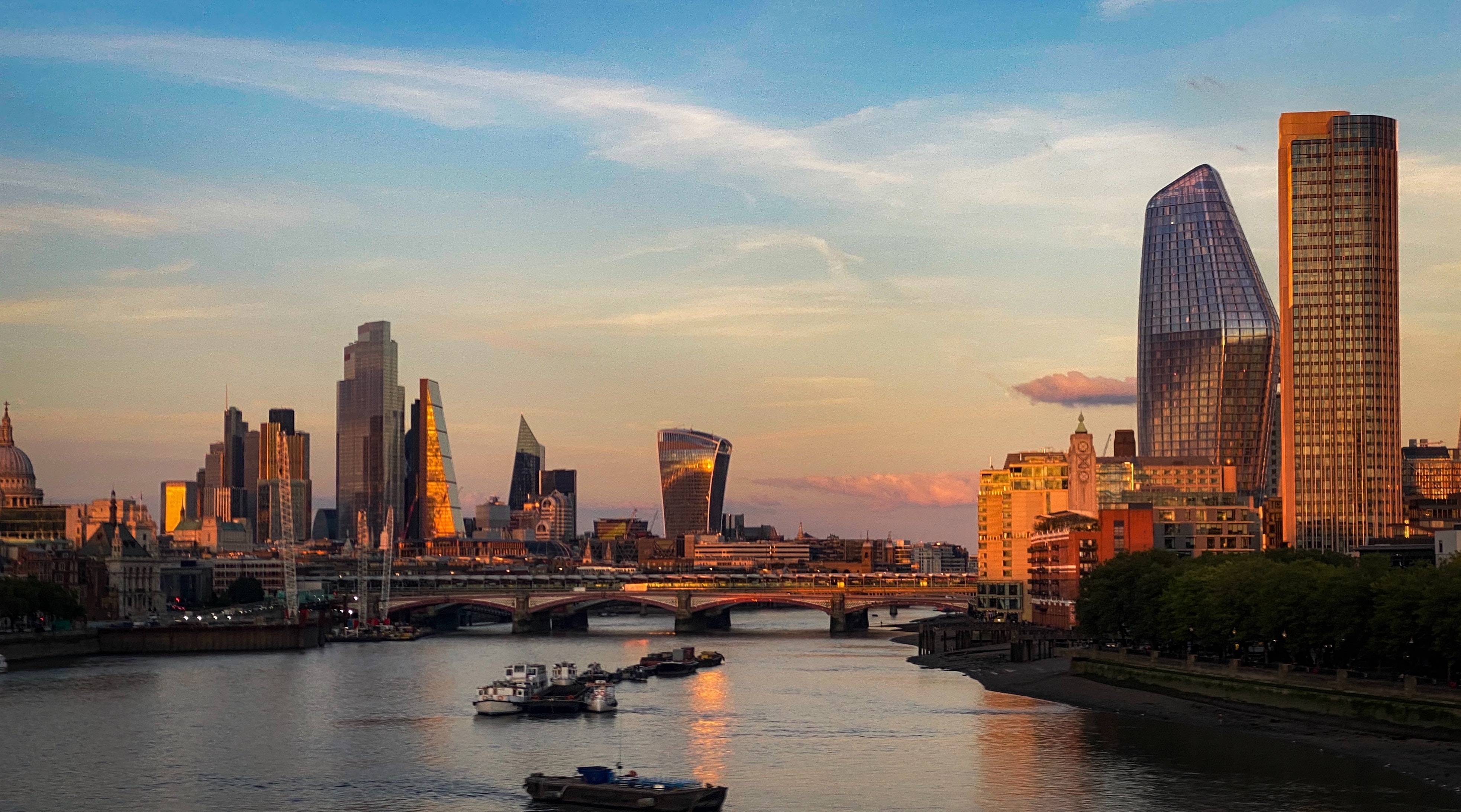 The Spatial Framework makes it clear that housing can not be seen as a separate issue from
economic development, the environment, transport and infrastructure, but must be part of a fully integrated strategy for the region. This means it must be coordinated at the highest level rather than leaving a large number of local councils and planning authorities to function individually. This focus on environmental sustainability and sustainable long term economic growth to 2050 means a collaborative approach that directs investment not only to the already thriving cities in the region, but one that aims to increase prosperity in the less developed areas too. We can expect to see housing developments and accompanying infrastructure being built on brownfield sites, with inclusivity for the increasingly diverse population built-in: family homes, accessible homes, young professional homes, and of course the sorely needed affordable housing and starter homes.

At Propeterra we have been paying attention to the special situation in Cambridge and the ‘Silicon Fen’ for some time, as demand for housing far outstrips supply. Population growth is actually increasing fastest in the arc’s cities with the most affordable housing, such as Corby and Peterborough. The lack of options in Cambridge itself is pushing people further and further out from the city, putting pressure on Huntingdonshire and South Kesteven as house prices rise there too. The Spatial Framework recognises the situation as unsustainable, and the strategy will hopefully go along towards alleviating housing pressures and thereby allowing for further economic and commercial growth. In the meantime, it is clear that the Oxford-Cambridge Arc is one region that will be booming with new investment opportunities during the 2020s and beyond.