Fancy getting out of the city for a break, and experiencing some of the UK’s most stunning scenery? Look no further than the Causeway Coastal Route, a 279km drive featuring on Lonely Planet’s Best in Travel List in 2018 which takes in UNESCO World Heritage sites, adventurous hikes, natural wonders and picturesque villages. The entire route can be driven in around 6 hours, but why time yourself? Instead, make the most of one of the world’s greatest road trips, and enjoy the best of what Northern Ireland has to offer with our recommendations.

Ignore the rather unpromising name - this cliff path is billed as ‘the most dramatic walk in Europe’. Following the coastline of the Islandmagee peninsula, this path will take you through caves, round sheer cliff faces, past booming waves and over spectacular suspension bridges - the thrill of a lifetime.

The spectacular coastline of Northern Ireland

The ideal stopping-off point for families, this welcoming spot offers a wealth of activities to please all palates, from a 9-hole golf course and miniature railway to geocaching and table tennis. Once you’re worn out with activities, enjoy the beautiful walled sculpture garden or bring your own BBQ for the dedicated picnic area.

Fans of Game of Thrones shouldn’t miss a photo op down this atmospheric road, used as a location for the King’s Highway in the popular TV programme. Other Game of Thrones locations along the route include Dunluce Castle and Ballintoy Harbour, familiar as the Greyjoy’s home in the Iron Islands, and Murlough Bay, where Tyrion Lannister runs afoul of slavers. 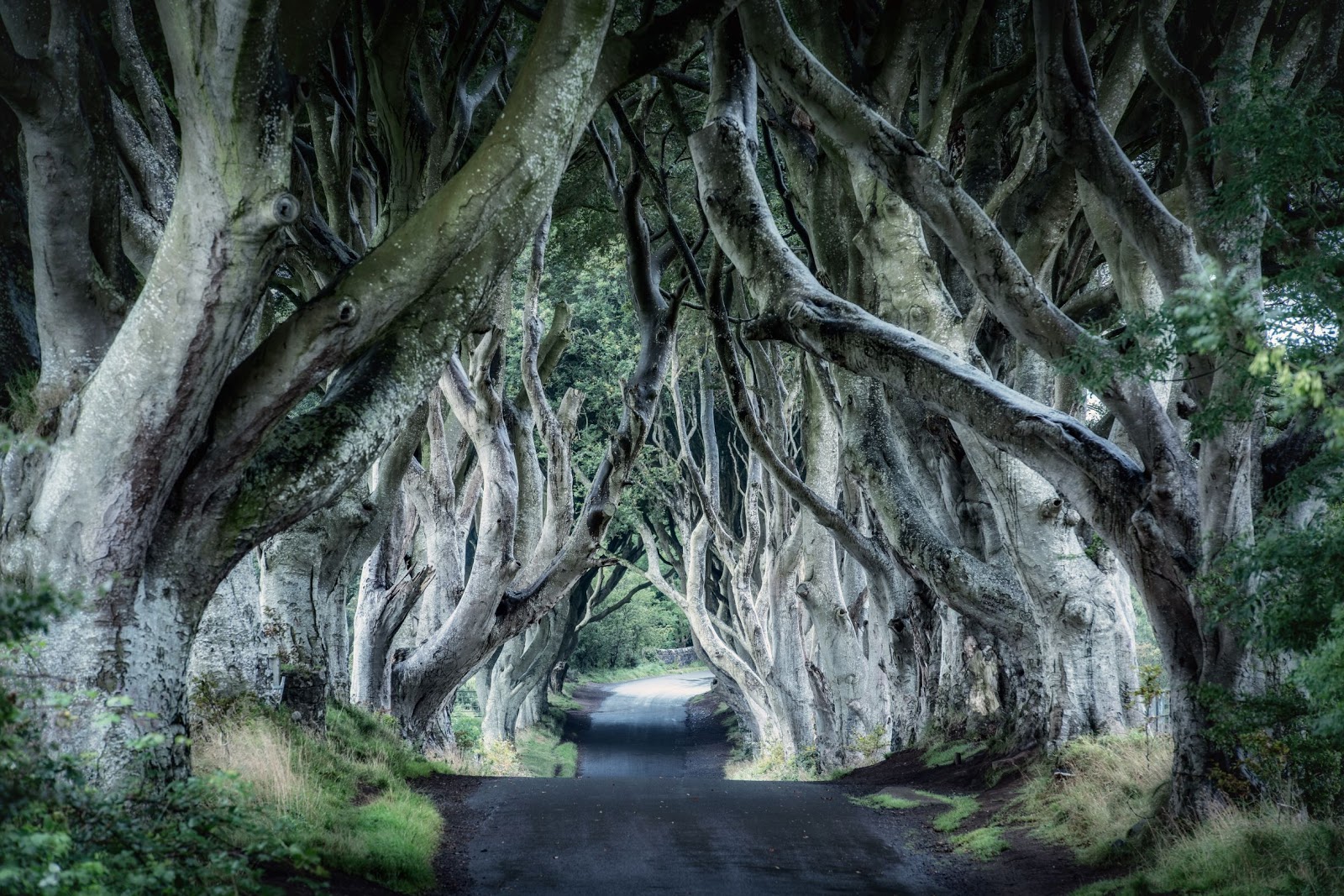 In case you haven’t had enough of death-defying walking at The Gobbins, why not experience the heart-stopping thrill of this 30 metre deep rope bridge - the only way across to tiny Carrick-a-Rede Island. But it’s worth the journey for the spectacular views - in clear weather there are views all the way to Scotland. 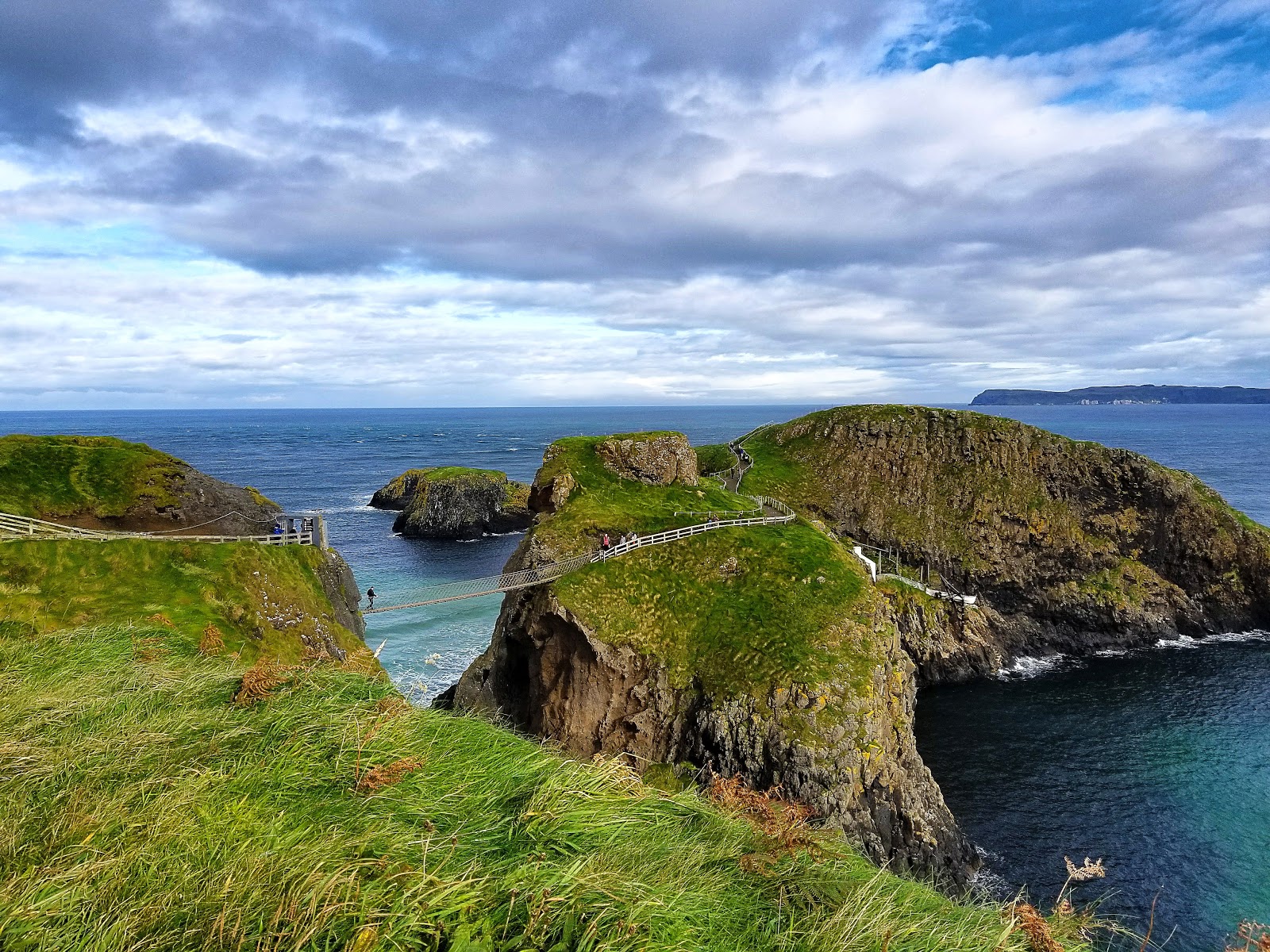 If you only stop once during your trip, make it here - the unmissable Giant’s Causeway. Said to have been built by the legendary Finn MacCool, this UNESCO World Heritage site and Area of Outstanding Natural Beauty is sure to leave you breathless. There’s also a new state-of-the-art Visitor Centre so you can sate your curiosity about this geological wonder.

After all that sightseeing, this is the perfect place to stop for a drink (non-drivers only, of course!) This is the oldest operating distillery in the world, which first started making whiskey over 400 years ago - find out all about its fascinating history with a tour before relaxing and sampling some of their wares in the 1608 Bar. 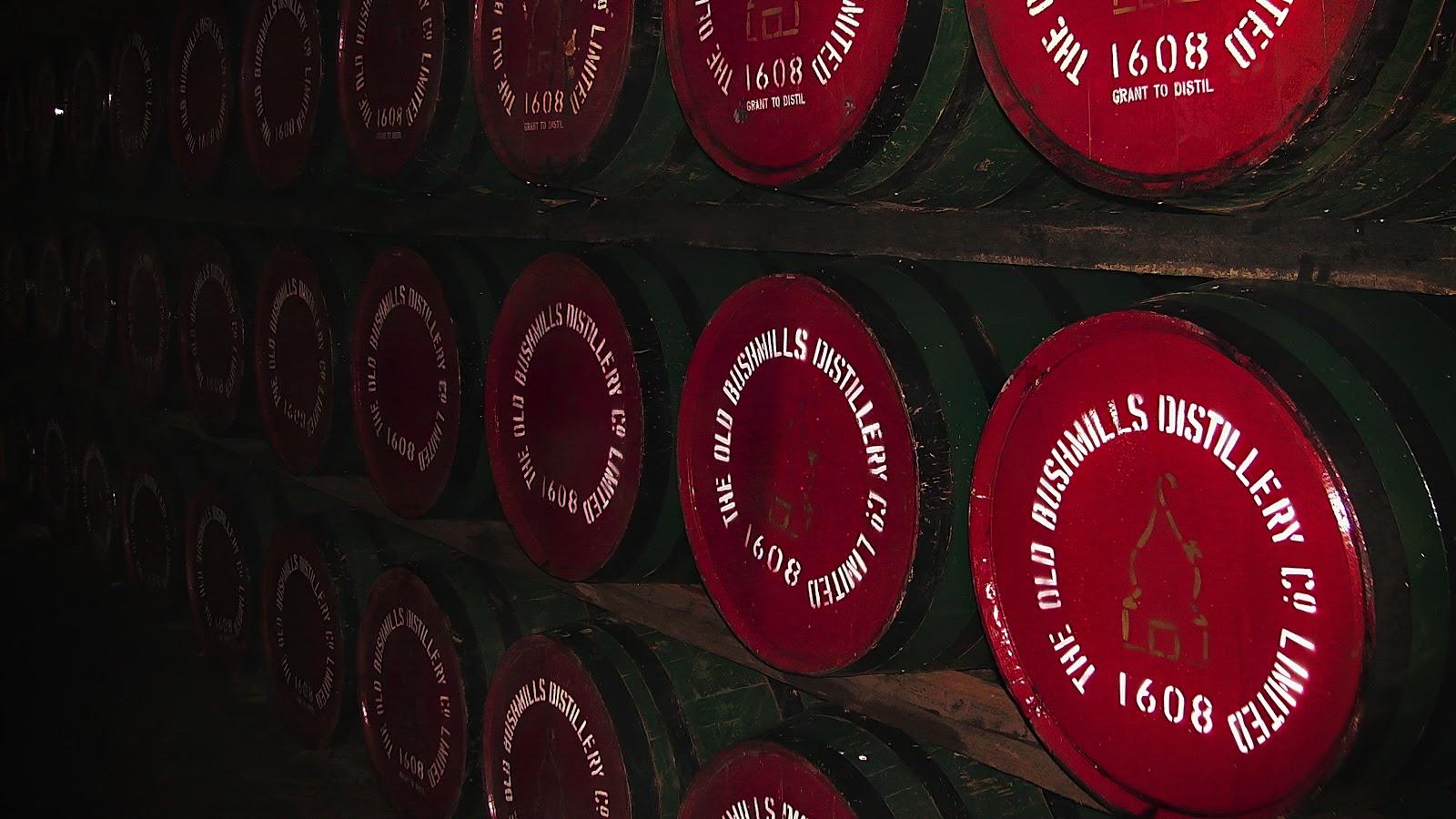 Enjoy a drink at Bushmills

This dramatic and beautiful area is the setting for the ruined home of Frederick Hervey, former Bishop of Derry. Explore Mussenden Temple, an 18th century folly set high above the sea, and inspired by the Temple of Vesta near Rome, which was formerly the summer library, and then head to Downhill Beach, an Area of Special Scientific Interest where you can enjoy water sports and scenic walks.

The final stop on this route, do take the time to explore this town, which is Ireland’s only completely intact walled city. Try a walking tour to learn all about its fascinating history, including St Colomb’s Cathedral, and the stunning contemporary Peace Bridge.