The 10 Best Restaurants in Tucson, Arizona

In a quite unexpected turn of events in 2015, UNESCO named Tucson, Arizona one of the “World Cities of Gastronomy”. This accolade surprised many food writers and critics who consider European and major capital cities far ahead of little Tucson, Arizona. But, UNESCO named it for good reason as this small city in the Sonoran Desert was the birthplace of the chimichanga and a nexus for the transference of cultures between the Native Americans, Mexicans to the south, the Republic of Texas to the east and the new settlers in the north during the mid to late 1800s. Still embodying the milieu of cultures that influenced Tucson for generations, the restaurant scene is a reflection of this rich cultural heritage. From swanky hotel restaurants to family eateries and some of the finest Mexican fast food this side of the border, there is a lot to explore in Tucson. To help you navigate dining out in the city, here is a selection of the 10 best places to find a delicious meal.

The Coronet serves traditional French brasserie cooking in a comfortable, relaxed European café setting. Order one of their rich, smooth coffees to take outside to the patio or grab a drink at the bar and choose from handmade sangria, cocktails and more. Serving traditional French cuisine with American flair from breakfast through to dinner, The Coronet is a spot that is always humming with activity. Their olive oil cake with orange zest and aniseed is light and sweet with a spiced note for a moreish bite. 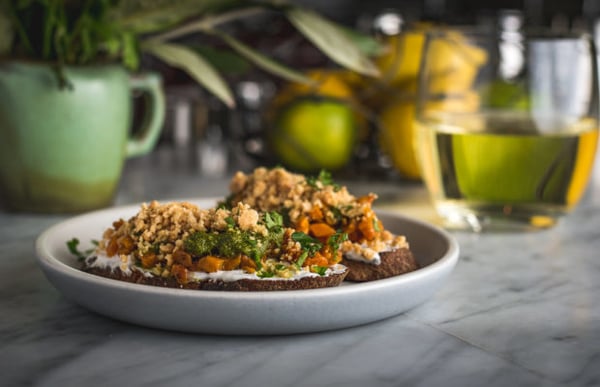 The Grill at the Hacienda Del Sol

A stalwart and defining figure of the Tucson restaurant landscape, the restaurant at the Hacienda Del Sol hotel has been influential in the rise of fine-dining in the city. The hotel itself has been included in the National Registry of Historic Places in American and the Historic Hotels of America. Located at the foothills of the Santa Catalina Mountains, the hotel is designed in a Southern Spanish architectural style and was once the playground of the great Hollywood stars of the mid-20th-century. The restaurant features panoramic views of the Tucson sunsets and serves the perfect food to complete this magic experience. Executive Chef Bruce Yim brings decades of experience in some of the country’s top restaurants, which have translated into outstanding dishes with flavours and techniques from around the world. Try the rack of lamb encrusted with Indian spices, a mint, curried risotto and crispy aubergine chips.

Situated in an old butcher’s shop in the heart of downtown Tucson, Penca was envisaged by restaurateurs Patricia and Ron Schwabe. After hiring Executive Chef David Solorzano, the restaurant took shape in its current guise, serving modern and traditional Mexican fare. The décor is urban and dramatic with high-vaulted brick walls and ceilings the rustic-chic feels at odds with the cooking. Despite that, the menu dubbed “Mexico City Cuisine” by Chef Solorzano, is ambitious and enjoyable. Try the tacos with braised short ribs, dressed with a salsa bandeira and pair with a glass of sangria for an immensely satisfying bite.

Located in the often-overlooked midtown of Tucson, this relatively new restaurant is already receiving overwhelmingly positive critical appraisal from diners. Serving flavourful food in a  relaxed, sociable environment, it ticks the boxes for a friendly neighbourhood joint. Chef-owner John Martinez champions the Southwest’s mesquite flavours with technical and aesthetic finesse. The large portions of most menu items makes them great for sharing a few amongst a small party of 4. Try the New York strip steaks or the smoky aubergine with feta, capers and a crispy breadcrumb topping.

Vivace serves largely Italian cuisine and has maintained its popularity within the city for decades. Considered a stalwart of the dining scene in Tucson, Vivace impresses diners with its fresh, bold produce and tastebud-enthralling, classic flavours. Offering indoor and outdoor seating, enjoy a light appetizer of fresh burrata with peppery olive oil and sweet, plump tomatoes under the glorious Arizona sunshine. What stands out here as much as the food, is the service. Chef-owner Daniel Scordato runs a well-oiled machine, where servers are friendly, knowledgeable and attentive, making for a seamless experience to which you will feel the urge to return time and time again. 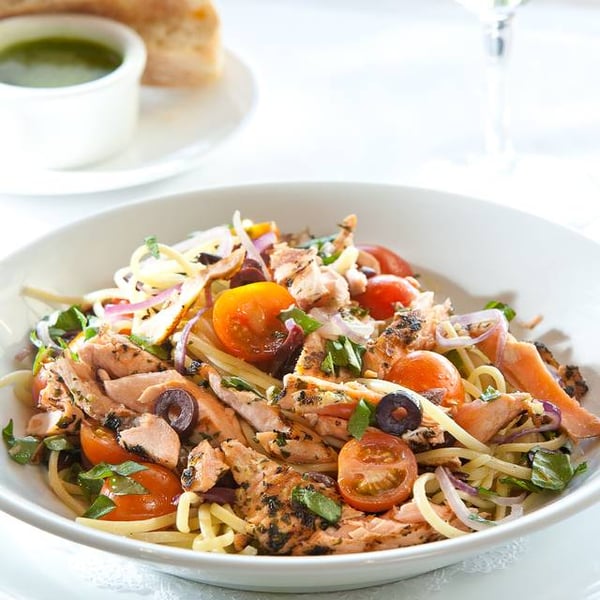 Situated at the Lowes Hotel in Ventana Canyon, the Flying V Bar & Grill serves an authentic Southwestern menu full of swagger and pizzazz. The dining room stretches between the patio outside, which overlooks the lake, and the rustic, cozy bar space inside. Serving both traditional Southwestern and regional cuisine including Mexican quesadillas, the menu is accessible and rewarding. A quirky feature of this restaurant, and one for the true guacamole fans out there, is diners can order their personal guac just how they like it from a dedicated chef they call the ‘guacamoliere’. So to avoid the age-old debate with your dining partners as to whether to have cilantro in your guac or not, the Flying V Bar & Grill has you covered. 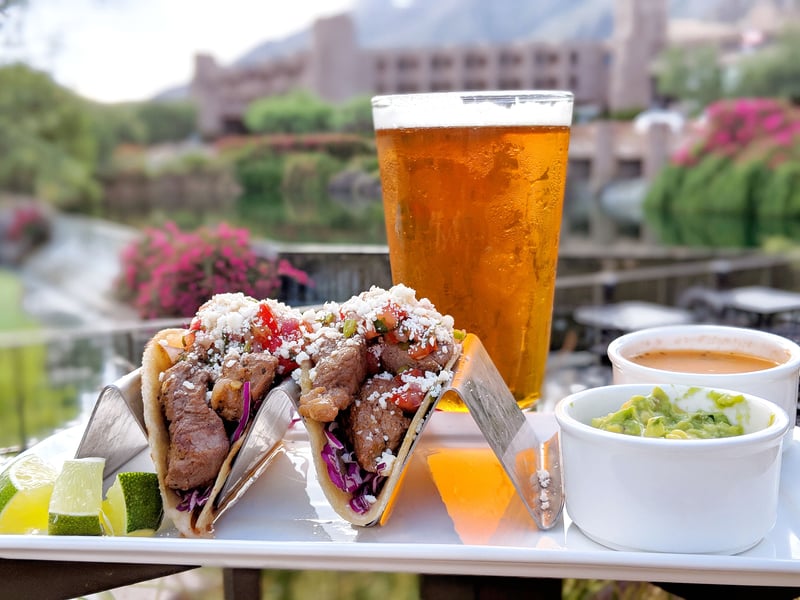 Head to the scenic valley location of The Westin La Paloma Resort & Spa for the Azul Restaurant. Serving the freshest in farm-to-table gastronomy, Azul focuses on a Southwestern influence with an emphasis on seasonality and a perpetually-changing menu. Enjoy your meal in the dramatic scenery of the Santa Catalina Mountains, dining al fresco on the patio, surrounded by the hotel’s gorgeous Moorish architecture. Although the menu changes regularly, if you see the jumbo scallops with velvety pea puree, seautéed pea shoots and applewood-smoked bacon, it is a must-try for any newcomers to this upmarket restaurant. 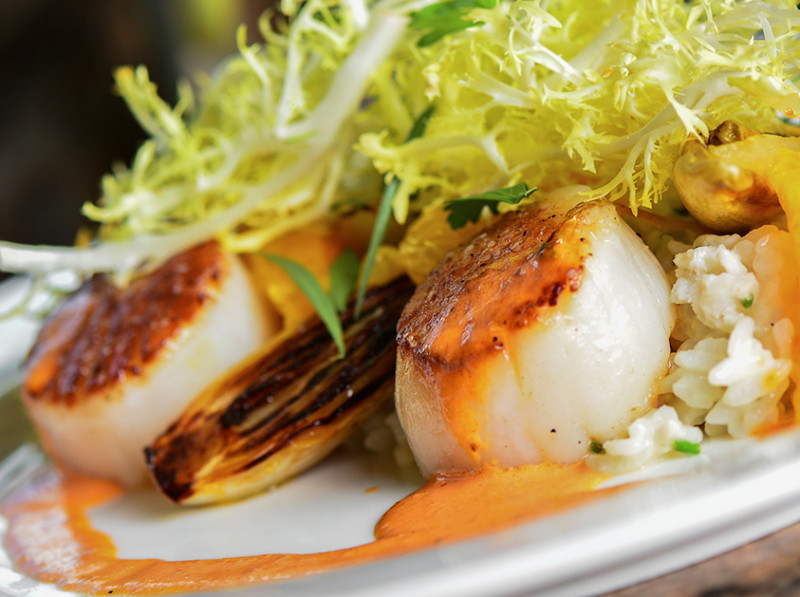 Situated at the JW Marriott Tucson Starr Pass Resort & Spa, Primo serves some of the finest Mediterranean fare in the Tucson area. Utilising fresh ingredients from the on-site kitchen garden, the food evokes a rewarding freshness and showcases a passion for gastronomy beyond the expectation of a hotel restaurant. Surpassing the expectations is something Primo is used to doing, demonstrating a forward-thinking approach to the way we eat, the produce and its sustainability. The pork belly braised in sweet apple cider on a Mediterranean lentil salad and adorned with a cipollini onion soubise is a delightful dish well worth the short drive to the Tucson Mountain Park’s foothills.

Located in the heart of Tucson’s blossoming West Side within the Mercado District of Menlo Park, Agustin Kitchen prioritises two things, diner satisfaction and sustainability. The kitchen only selects proteins that are sustainably sourced for their quality of life and minimal impact on the environment. The research and dedication they put into their sourcing of produce is replicated in their cooking. Serving New American cuisine with a sprinkle of Asian spices, techniques and flavours, the dishes are not particularly heavy but instead deliver on a depth of flavour.

The Arizona Inn is a boutique hotel located in Tucson’s rejuvenated Midtown neighbourhood serving modern Southwestern cooking in an upmarket yet relaxed environment. Having been awarded an AAA Four-Diamond award for the restaurant, diners can be assured this is something special. Chef Sam Allison spearheads a talented kitchen that delivers á la carte dishes and a special three-course tasting menu complete with wine pairings. Enjoy inventive takes on classic Southwest flavours and produce including tequila and lime infused chicken tacos or tender, braised short rib on creamy polenta with a rich shallot sauce. 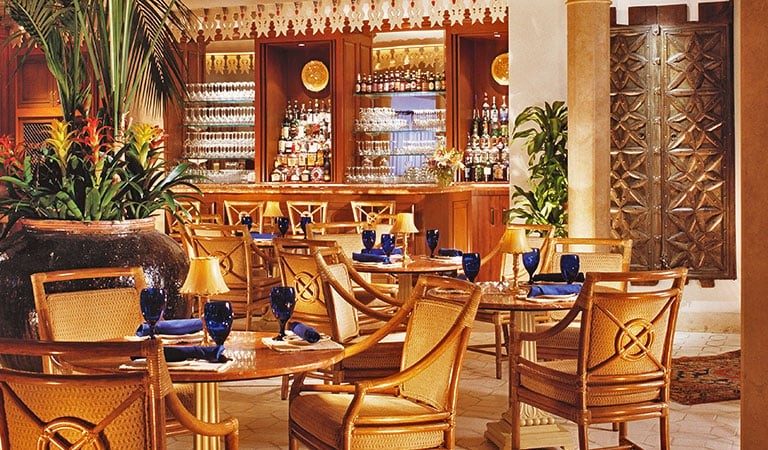 Tucson, a city of gastronomic delights inspired by the melting pot of cultural influences on the area from Mexican spices to Texan barbecues to international, European influences. The city has lots of great food to discover beyond the ten restaurants listed above like street food and small, newer eateries. Find out more about Tucson, Arizona at our Resource Centre or contact Propeterra today to discover your real estate investment opportunities in the city.