Bringing Cities Together - the Ocean Gateway

Liverpool and Manchester, giants of the North West, have long been rivals. Whether you’re looking back at the opening of the Manchester Ship Canal in 1894, which resulted in job losses at the Port of Liverpool, or enjoying the current rivalry between Manchester United and Liverpool on the football pitch, it’s clear the two cities are fierce competitors. But can a new, ambitious development scheme change all this?

The Ocean Gateway may seem like a project that has little to do with Manchester, with its lack of coastline; in fact, this 50 year, £50 billion investment project stretches from the coastline north of Liverpool, along the riverfront of the Mersey and along the river and Manchester Ship Canal all the way to Manchester, taking in multiple areas such as Salford, Warrington and Wigan along the way. The aim is to link the two cities and make the area "the most dynamic and economically sustainable region in the UK," according to the chairman of Peel Group, the principal investors. The overall scheme encompasses over 50 separate projects, covering everything from the regeneration of the Liverpool docklands and the Manchester Ship Canal to the development of new office, leisure, retail, renewable energy and residential schemes.

One of the most revolutionary schemes within this development is the Ship Canal Shuttle linking the Port of Liverpool with the Manchester Ship Canal. Since their glory days in the 18th and 19th centuries, canals in the UK have declined swiftly as a means of transportation, and are now mainly used for leisure purposes. However, with Manchester being the fourth most congested city in the UK, there came a realisation that the Manchester Ship Canal could once again be put to its former use. The MV Coastal Deniz now carries up to 260 TEUs between Liverpool’s Seaforth Container Terminal, Ellesmere Port and Irlam Container Terminal in Salford, taking traffic off the roads, which is better for the environment. Tesco, who transport New World wine imports from Liverpool to Irlam for bottling, have estimated that this has cut their carbon emissions by 80% and taken 50 lorries off the road every week.

Another revolutionary component of this development is the emphasis on renewable energy projects. Altogether there are eleven projects which fall under the heading of ‘sustainable resources’, from tidal power to wind farms. These projects have not been without controversy; a tidal power project on the River Mersey was shelved after its economic viability was questioned, and other projects have come under fire from local residents protesting about the disruption to their local area. One proposed development in Salford, for a biomass-fuelled heat and power plant, was cancelled after eight years of protests from the community, claiming that the plant would cause toxic emissions. However, other projects have been much more successful; the Scott Moor Wind Farm, in Greater Manchester, is the second largest onshore wind farm in England, and produces enough electricity to power 40,000 homes per year. 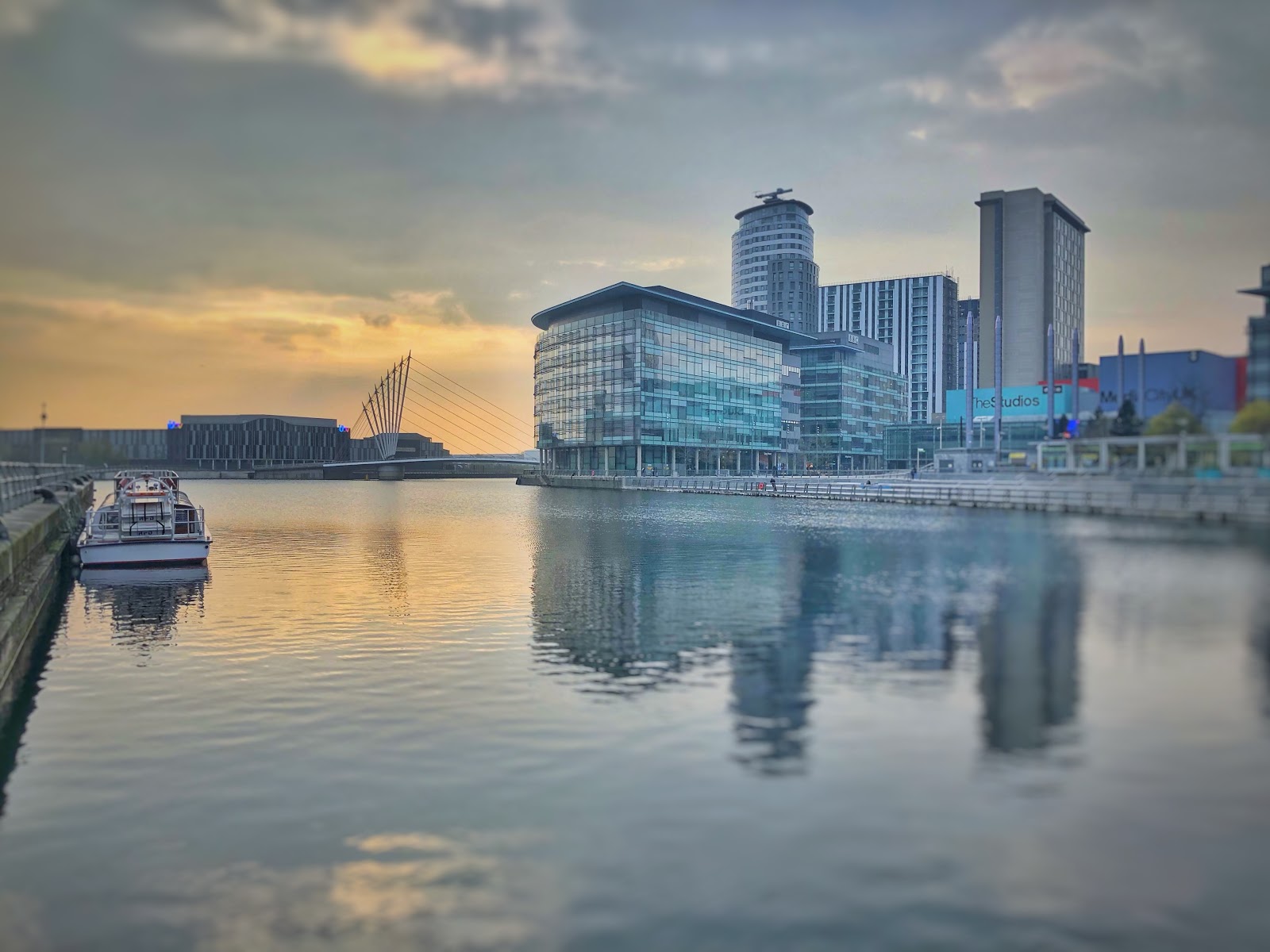 Of course, some of the most exciting developments can be found in Manchester, such as the expansion of Manchester City Airport, the establishment of EventCity, the extension of Trafford Retail City, and the plans for 3,000 new homes at Trafford Quays. One of the big success stories so far is MediaCityUK, which is now the premier creative and digital destination in the North of England. Along with more than 250 smaller businesses, the scheme is home to the BBC, ITV, Ericsson and Coronation Street. This mixed-use development also features shopping, restaurants and bars, and over 400 luxury residential apartments. The development is scheduled to double in size over the next ten years, including another residential scheme including over 1,800 apartments - the perfect waterside spot for the up-and-coming new creative professional.

So can such an ambitious plan achieve its objectives? The overall vision for the scheme is “to maximise the potential of the North West as a globally significant region”, and to “enhance, strengthen and bring together the Liverpool and Manchester City Regions”. Well, according to a report from AMION Consulting, who undertook a recent review of the scheme’s first ten years, the development has already had a big impact on the region, with more than £5 billion in private investment, along with the creation of 21,000 new jobs and 5,000 homes. Projects have brought in an additional £1 billion GVA to the area already, and it’s estimated that this will increase to £4.5 billion per annum - a significant rise. It certainly seems that the Ocean Gateway will go from strength to strength - but will this heal the rivalry between Manchester and Liverpool? Watch this space...