Las Vegas - A growing family community and a healthy marketplace

Having suffered devastating effects from the global financial crisis starting in 2007, Las Vegas has made a long steady climb back to a healthy and diversifying property marketplace.  The initial effects of the GFC however, were severe and Las Vegas, along with Miami were the two cities in the US most affected by the nationwide downturn in the property markets.

By 2010 the property prices had plummeted to unforeseen levels and the percentage of mortgages that were in default or delinquent was at an all time high. The subprime mortgage crisis hit Las Vegas harder than any other city in the nation with the possible exception of Miami. Foreclosure rates were the highest in the nation, largely driven by developer speculation on high rise condominiums on the Vegas strip but also, unfortunately, the crisis rippled through the single family home market as well.  The foreclosure rate was five times the national average and the homeless rate soared to uncomfortable levels as result of unemployment rising from 3% in 2007 to over 13% in 2009. 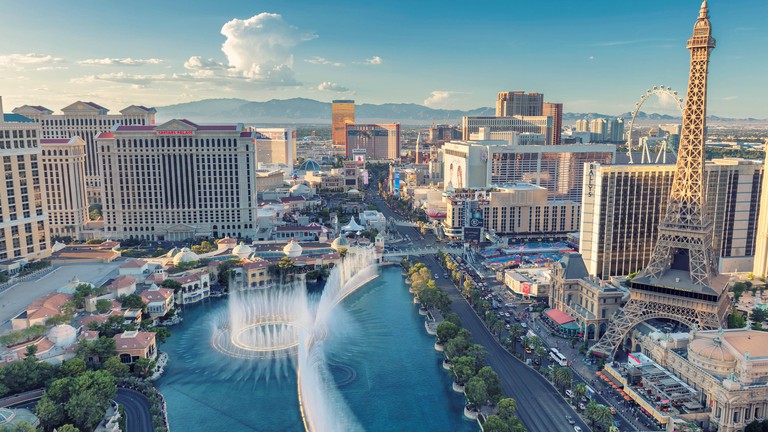 An economy fuelled by gambling, tourism, and corporate conventions in the heady days of 2007 underpinned by speculation on the part of developers that Las Vegas was going to expand forever, created the perfect storm for the devastating crash when the financial crisis arrived. As all three of these main drivers were drastically curtailed during times of crisis, the full effects were borne by the property market. Activities related to decadence and frivolity were vanquished at the first instance when times of belt tightening became necessary.

Thankfully, underneath all of the perceived excess, a real economy can and is currently thriving in Las Vegas and the resulting economy has become more balanced and resourceful than the one seen ten years ago. The 11 year odyssey has finally witnessed a return to prices last seen in 2007 but perhaps shored up by a more sustainable and balanced economy than was previously present.

To fully understand the crash of the Las Vegas market and its steady recovery one must appreciate the dynamic nature of the free market economy and labor mobility that is present in the US economy. Furthermore, the risk capital is also highly mobile and distressed real estate speculators and so called “flippers”, investors that bought foreclosed properties, fixed them up and then put them back on the market at a higher price were omnipresent after the property crash. The free wheeling nature of the Las Vegas economy was also one of the reasons it was able to make such an impressive recovery.  To be sure, Las Vegas was probably the most active market for flipping properties in the country and speculators and flippers were financially rewarded for coming into the market at a time of distress, clearing out bad debts and creating liquidity in the marketplace. The times, however, have changed as over time the dollar return on investment from flipping homes in Vegas($54,000) is now well below other cities such as Seattle ($118,000), Philadelphia ($98,000), Richmond Virginia (82,000) and Buffalo New York (70,000).

As of 2015 construction, consumer spending and tourism started driving the economy and so called “Bounce Back Buyers” started entering the marketplace.  Unsurprisingly however, wage growth in Las Vegas remained stubbornly stagnant helping to keep house prices modest throughout the course of the recovery. As the US economy started to show true signs of strength there was another dynamic afoot that was helping the Las Vegas market, namely high taxes and high property prices in California and continued migration from cold parts of North America to warmer destinations.  These factors helped a few states in the western region including Colorado, Arizona, and Texas as well. As of the year ending in December 2018, home builders closed the most sales in more than a decade and were setting record prices for the new home sales.

Factoring in the strength of the US economy, the positioning of Nevada as a low tax destination, high prices on the west coast and bolstered by a continued low interest rate environment for mortgages, the Las Vegas market has fully recovered to a growing, healthy real estate market.  Further, the continuing trend of the snowbird mobility both for vacation homes as well as retirement is presenting itself with ever more residents from Canada and colder US states from the northern border. Steady migration, corporate investment from the likes of the Raiders football team and Zappos Shoes and increasing disposable income for corporate conventions, weddings and gambling have revived the economy and the property market.  Las Vegas is in a sunny place….and new home supplies are becoming scarce.

A Shortage of Supply

As of Q1 2020 out of approximately 7,066 properties listed for sale and 3,560 properties in escrow there are only 172 short (or distressed) sales in the marketplace.  Furthermore, inventory levels of homes for sale have fallen to only 2.3 months worth of supply, a surprising contrast to the years following the global financial crisis.

According to Edward Pinto of the American Enterprise Institute, “Much more new construction supply needs to be added to help alleviate extremely tight entry-level supply conditions for existing homes, which stood at 2 months remaining inventory, unchanged from 2018:Q3,”.

Lawrence Yun, chief economist of the National Association of Realtors (NAR), stated that when fewer than 1.5 million new homes are built in any given year, the national housing shortage only gets worse.

Taking into account the shortage of supply in Las Vegas, thankfully there has not been a price spike as of yet, but storm clouds may be on the horizon as the cost of building homes in the US is now rising steadily.  Thanks to stronger immigration enforcement with respect to Mexican labor and tariffs that have been imposed on Canadian timber and an economy at full/low unemployment levels, inflation is creeping into construction prices. The effect this has within the property market is to entice property developers into focusing on high profit margin luxury homes and shy away from the more affordable housing projects because of the lower margin and higher risk factors.  Therefore, even though the demand for affordable housing is quite high in La Vegas, their demand is not being met.

Adding a further dynamic to the market is the renewed interest in the US market by overseas buyers in general and specifically places such as Las Vegas for foreign buyers to buy homes and invest.  Chinese, Canadian, Mexicans, Indians and Brits continue to lead the wave of interest from overseas home buyers and investors.

According to the National Association of Realtors, foreign buyer purchases surged to $80 billion from April 2018 to March of 2019.

Prospects for the Future

According to a report published by the Greater Las Vegas Association of Realtors, after 12 months of rising at the fastest rate nationally, Las Vegas home prices finally seem to be slowing down, and everyone’s happy about that.  With a diversifying economy, low mortgage rates, falling unemployment, and both migration and immigration from overseas the market has become healthy and highly prospective for potential home owners and families considering the Greater Las Vegas area.  How long the prices will remain at this very reasonable level is difficult to say but the low inventory and high demand environment points to a market with potential for significant price appreciation.