Los Angeles has been growing in population, size and across industries over the past 10 years. The city has become the jewel in the crown of California, admired by hundreds of millions worldwide as the centre of trendy new media, the traditional big screen stars and a liberal lifestyle. The city has seen multinational corporations further establishing themselves in the city, with Google recently renovating Spruce Goose, an ex-aeroplane hanger, into their state-of-the-art office space. Google is set to further consolidate their position within Los Angeles with the acquisition of a spacious former shopping mall to house a branch of their operations. The city’s appeal to these vast companies will play a significant role in the future of LA over the next decade.

In 2018, Los Angeles constructed 16,500 new residential units. LA led the way in residential construction thanks to the high demand from domestic and international homebuyers, building the most properties of any city in the state of California. Foreign investment at the city remains very high with real estate investment a significant proportion of this capital injection. With more mixed-use developments on the way, investment in Los Angeles, both foreign and domestic, is likely to increase as people are drawn to the city’s future vision. The Senior Vice President of major American commercial real estate CBRE, Chris Penrose, was very positive about Los Angeles’ near-future prospects: “ It’s very exciting - especially with the large deals happening in Culver City, Hollywood, West LA, Burbank and Downtown. It’s encouraging seeing these companies continue to hire and grow their businesses and doing so in Los Angeles. The tech, media, and entertainment sectors continue to thrive and professional service firms are starting to grow across the LA basin.”

Los Angeles will play a prominent role in the major sports and entertainment events of the coming years. The city is due to host the Super Bowl in 2022, the College Football National Championship in 2023 and the Olympic Games in 2028. These major sporting events will be broadcast globally and viewed by millions, generating further global brand exposure for the city. In the meantime, Los Angeles is undergoing augmentation to its infrastructure, aesthetics and amenities in preparation for this global viewership.

Check below to find out more about Los Angeles’ upcoming development projects and what they may bring to the city.

This megadevelopment is set to redefine a vast 298 acre area of prime Los Angeles real estate. The proposed $5 billion, private finance development will include a 70,000 seater stadium (with a further capacity increase capability up to 100,000 seats) set to play home to the NFL Rams and Chargers, two of the city’s decorated teams. The stadium is set to be complete in late 2020. Around the stadium, the mixed-use development will include a 6000 seater performing arts venue, 1.5 million square feet of real and office space, a 300-room hotel and 25 acres of public parkland. This jewel in the crown of upcoming development in LA will draw international crowds and will play an instrumental role in the Superbowl, College Football National Championship and Olympic Games over the next 10 years. 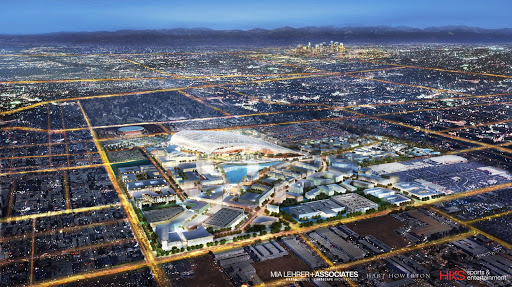 The Grand, formerly The Grand Avenue Project, is a $1 billion, mixed-use development set to augment the entertainment facilities of Downtown LA. Rick Vogel, the Senior Vice President of Related, one of the commercial real estate companies involved in the construction, has stated that this project will define Downtown as the epicentre of culture in the city. The 3-acre development will stand opposite the Disney Concert Hall and the Broad Museum, two of the city’s most visually progressive edifices. The Grand’s two skyscrapers will host uber-lux apartments and condos in one, and an Equinox hotel in the other. The base of the skyscraper will feature 200,00 square feet of retail space and a 430-seater luxury cinema complex. The project is a public-private endeavour between Related, CORE USA and LA Grand Avenue Authority. The project broke ground in 2019 and will make a significant statement on Los Angeles’ skyline. New entertainment, retail and hospitality spaces will help draw more people to downtown and make it a more accessible place for LA residents. 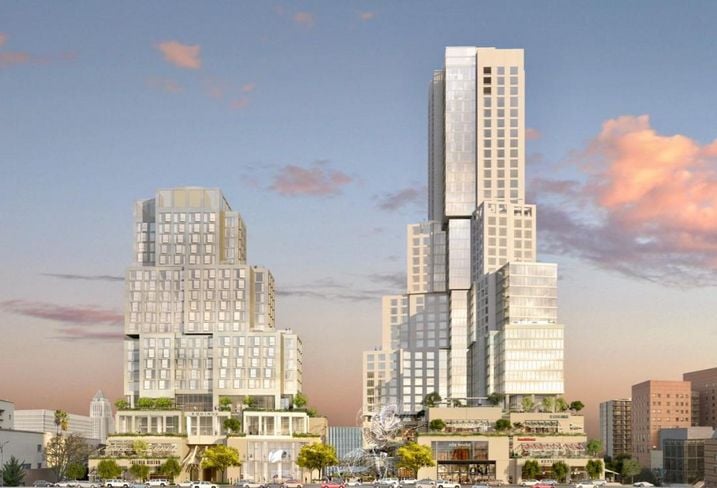 This $1.2 billion development is planned to act as like a city within a city. The joint venture between Claridge Partners, McFarlane Partners and The Peebles Group will host 2 hotels, 425 apartments, an elementary school, 45,000 square feet of retail space, an expansive food hall and 50,000 square feet of parking. Located at Bunker Hill, on the corner of 4th and Hill, the 2.24-acre development is set to be completed in 2028.

Koreatown has seen a significant proportion of Los Angeles’ commercial development in recent years. Its proximity to downtown and accessibility through the public transit networks have made Koreatown ripe for development as an extension of the city’s downtown area. The Los Angeles local government has issued an Affordable Housing Program which ensures the low-income workers of downtown Los Angeles are not priced out by multi-billion dollar investment projects. With nearly 50 projects under construction in Koreatown, it is the hub of the city’s future vision. Retail, entertainment, multifamily and mixed-use projects are all underway to deliver a new-look Los Angeles in the years to come. With LA’s downtown expanding and more people flocking to the city for its world-class amenities, it is clear how bright the future is for this city’s real estate. 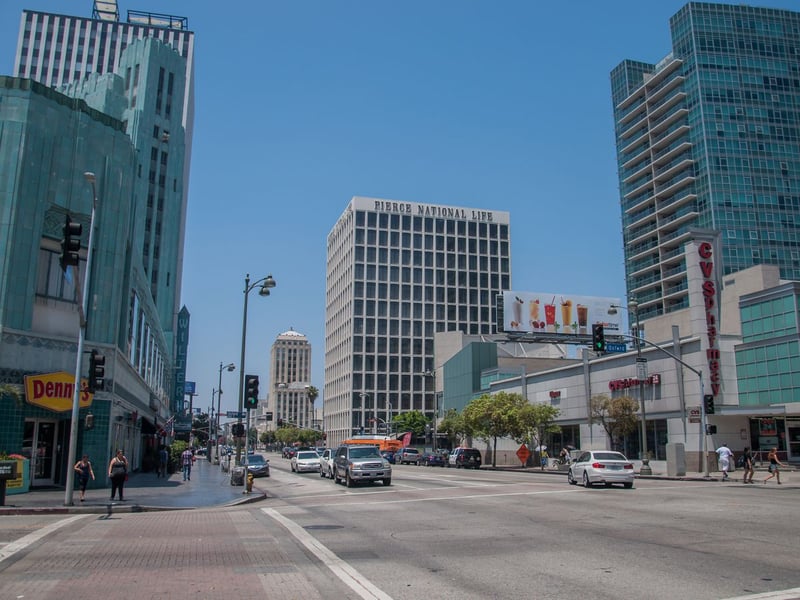 To find out more about your real estate investment opportunities in the rapidly-developing city of Los Angeles, contact Propeterra today.