Ever since the Brexit vote in June 2016, investors and property buyers have been debating the effect that separating from the EU would have on the property market - and nowhere more than in Northern Ireland. Of course, the whole of the UK will be affected by Brexit, but Northern Ireland is in an unusual position - it’s the only UK country sharing a land border with an EU country, whilst simultaneously being separated from the rest of the UK by the Irish Sea. This anomaly has led to some of the biggest debates around how to implement Brexit, as illustrated by the furore over the apparently insolvable problem of the ‘Irish backstop’, a part of the draft Brexit withdrawal agreement that would have left Northern Ireland in the European Single Market for a period of time, in order to avoid a hard border between Northern Ireland and the Republic of Ireland. After years of conflict between the two countries, which was only brought to a peaceful conclusion with the Good Friday agreement in 1998, the last thing either country wanted was a restrictive land border which could lead to sectarian violence flaring up again. However, opponents to the scheme insisted that the UK could not ‘have its cake and eat it’ by being simultaneously inside and outside the Common Market. As with so many other details of Brexit, how these issues will be solved remains to be seen, and will be played out after the current transition period ends in 2021. 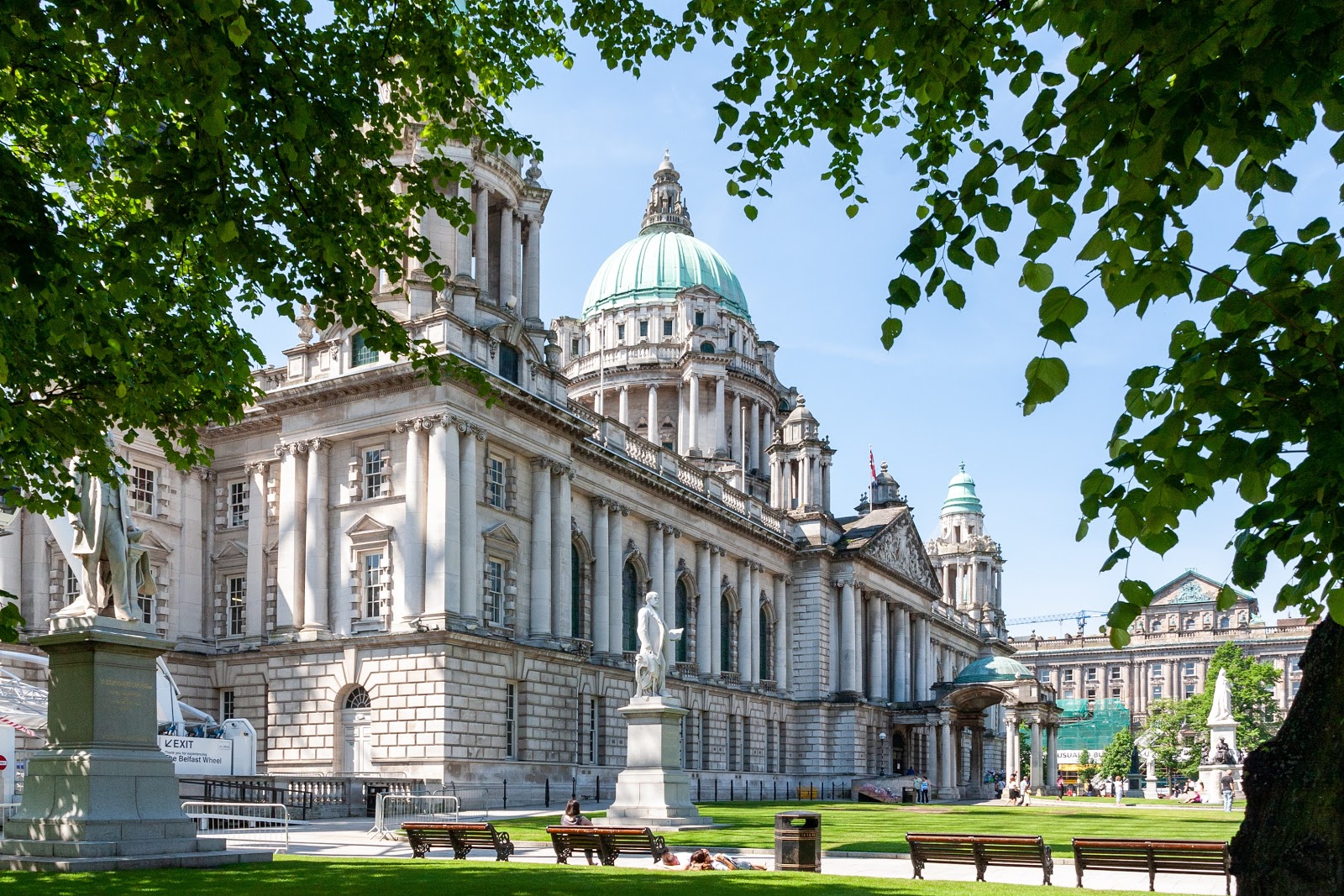 Given these many uncertainties, you might be forgiven for thinking that the house prices in Northern Ireland and Belfast would have shown the knock-on effects of such political turbulence. However, this was not the case - in fact, the Office for National Statistics shows that the rate of house price growth in Northern Ireland actually increased following the Brexit referendum, with a rate of 5.45%, compared to the English market, where the growth rate decreased dramatically. And this trend has continued; average house prices in the region grew by 3.4% from October 2018-19, as opposed to a growth rate of less than 1% across the rest of the UK, according to Business First. However, although prices are still healthy, this political uncertainty has led to something of a slowdown, as buyers wait to see which way Brexit will go. This has particularly been the case towards the top end of the market in Belfast, where property in the million pound bracket and upwards can sit on the market for an average of 6 months, according to the FT.

So what is in store for the future? This very much depends on whether the UK manages to negotiate a deal with the EU, or crashes out with no deal after the 31st December 2020. Some changes, of course, are unavoidable either way, such as the loss of EU funding; currently around £3.5bn has been committed towards economic and social development in the area, which will be lost after Brexit, although there is speculation that this amount could be recouped from the savings the UK would make by not paying the EU. However, most commentators and property experts are in agreement that no deal would be disastrous for the property market, particularly in Northern Ireland. One of the reasons for this, as previously mentioned, is the problems posed by a hard border between Northern Ireland and the Republic of Ireland; this would be an issue particularly for properties closer to the border, but any destabilisation of the peace process could lead to the area being perceived as a less desirable place to live, which would dent investor confidence and have a knock-on effect on the wider area. Another issue is trade and foreign investment; currently Northern Ireland benefits greatly from cross-border trade, and if custom controls or tariffs were imposed this could harm the economy and impact on the housing market. The silver lining of no deal could, however, be a boost to the rental market, if residents are wary of making a more long-term investment in buying property.

If the EU and Britain are able to agree a favourable deal, of course, many of these issues would be bypassed. The Bank of England has forecast that, should the EU and UK reach a mutually beneficial trading agreement, GDP by 2023 would be 1.25% - 2.75% below baseline - only a small decrease from where it would have been had Britain voted against Brexit. So, for Belfast, all investors can do is wait and see - and, as the bounceback after the Brexit vote shows, property in this area is very much on the up. Northern Ireland, after all, is still the cheapest country in the UK in which to buy a house, with an average price of £133,700 in 2018, according to the ONS. So, for many investors, Brexit or no Brexit, this is still the place to be.