The Best Bars in Washington, D.C.

Washington, DC nightlife is arguably best enjoyed sipping a classic drink at one of the city’s welcoming, comfortable, upmarket bars. From wood-panelled, country club-style rooms with leather armchairs and the smell of history, to the modern, sociable settings or even glamorous rooftops, there is somewhere for everyone to unwind, socialise or impress. Washington is filled with the vestiges of prohibition a century ago, with speakeasies scattered around the city. Like the rest of the US, Washington has seen a revival in independent and craft alcohol production that has culminated in the arrival of new breweries and distilleries to the capital. Check out our guide to the best drinking spots in Washington, DC below.

About as prestigious as hotel bars come, the Round Robin Bar has been a feature of the Washington social scene for decades. Located in the Willard InterContinental Hotel on Pennsylvania Avenue, the Round Robin has been ever-present since 1847 and its décor, although updated for the 21st century, still bears the atmosphere of a stately, senatorial, country club. The dark wood panelling of the walls is adorned with portraits of stately figures passed and lined with brown leather booths, exuding a sense of the bar’s history and all its characters that have sipped on an old fashioned under the mellow lighting. This history is exaggerated by the stories told about the bar by authors, journalists and enthusiasts at the bar’s dedicated historical happy hour. 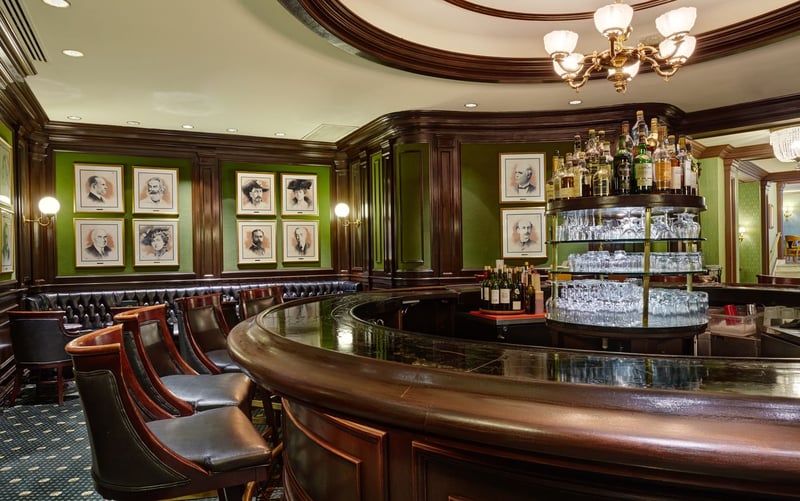 Set in the Shaw district of Washington, the Columbia Room is split into three spaces, each with its own distinct characteristics and accompanying atmosphere. The Punch Garden, Spirits Library and Tasting Room each feature their own menu offering artfully mixed cocktails made by talented, knowledgeable bartenders. The Columbia Room was awarded the accolade of Best American Cocktail Bar at the Spirited Awards in 2017 for its innovative drink selection demonstrating a clever palate of well-matched but, perhaps, often unassociated ingredients. Tickets for the coveted Tasting Room start at $85 per head, which may sound steep but should be considered in the same calibre as a restaurant tasting menu, such is the mixological talent on show. The Punch Garden, on the other hand, is more suited to those who prefer their beverages in bowls, with shareable drinks this spot is perfect for group catch-ups and the most jolly of evenings. Finally, the Spirit Library is a comprehensive archive of some of America’s and the world’s exclusive liquors to savour in relaxed settings. 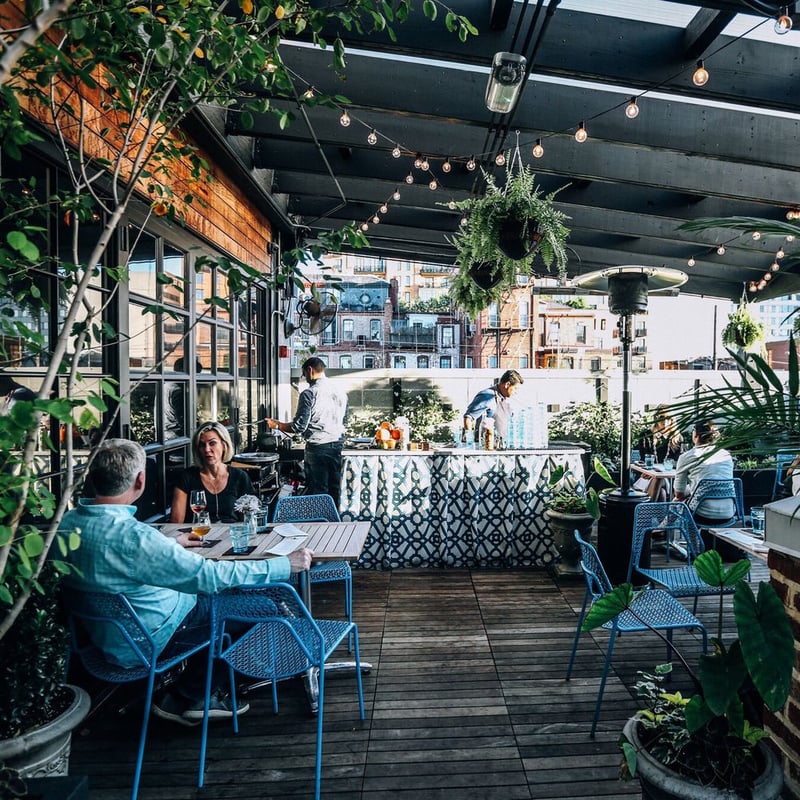 Sister outlet to the exclusive, molecular gastronomy of Minibar by the talented José Andres, Barmini serves refined cocktails in an equally Michelin-starred setting. Playful, pungent and punchy with aromatic flavours, José Andres has curated a cocktail bar unlike another other. The drinks are more than cocktails, like science experiments, they show signs of trials and tribulations to culminate in the polished product served to you. From cocktails that change colour before your very eyes to the best versions of the classics, there is something for everyone to enjoy. Patrons are advised to book well in advance for a fun and classy evening in the Capital. The bartenders are skilled enough to concoct any of the 100 or so drinks on the menu as well as anything you could dream of at the bar, so be inventive! 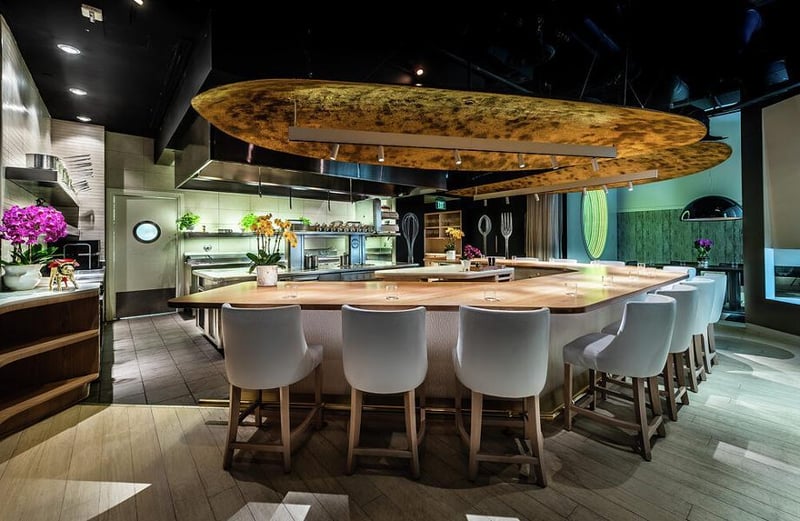 Located in the decadent The Hay-Adams hotel, Off the Record matches the illustrious surrounding of its hotel with its dramatic décor. Dark red armchairs and political caricatures hung on the walls fit a classic sophisticated hotel bar aesthetic. The bar has been a staple to the social lives of the political elite in Washington for decades and one can only imagine the stories the walls could tell. The bar’s tagline “Washington’s Place to be Seen and not Heard” may not ring as true today as it has done during the 20th century but remains a fun quip attributed to its historic clientele. Offering classics done perfectly, the bar is testament to the power of the American bar and why it has maintained one of the city’s most prominent spots for so many decades. 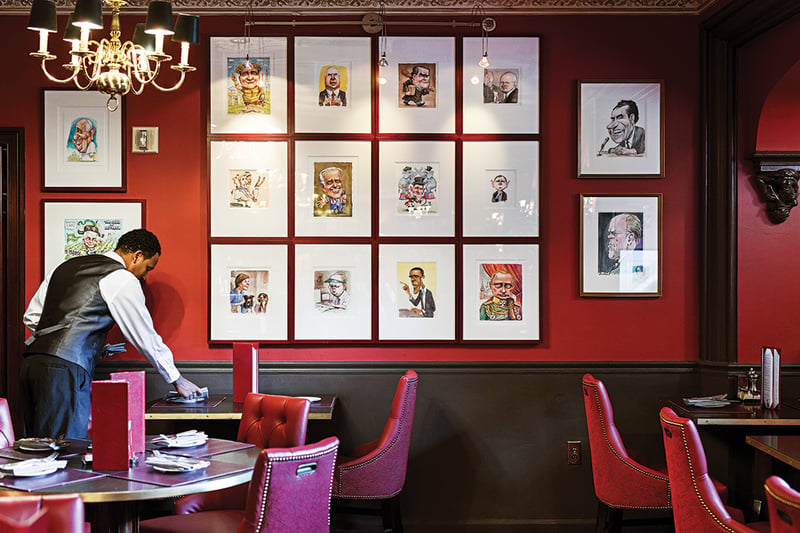 Veiled with the allure and secretiveness of the 1920s speakeasies, Allegory is disguised behind a modest black door in the lobby of Eaton D.C., a modern hotel downtown. The space is decorated with a modern aesthetic, dark woods and leather meet soft lighting and an ambiance of illegality. Although just a bar, you can’t help feeling as though transported back to the days of prohibition. Glimpse the murals from celebrated artist Erik Thor-Sandberg that display powerful creatures of mythology and surreal iconography. The strange with a twist of dramatic flair continues into the menu - order the classics including Old Fashioned, or opt for the experimental, which exemplify exactly why this cocktail bar is a must visit next time you’re in Washington. 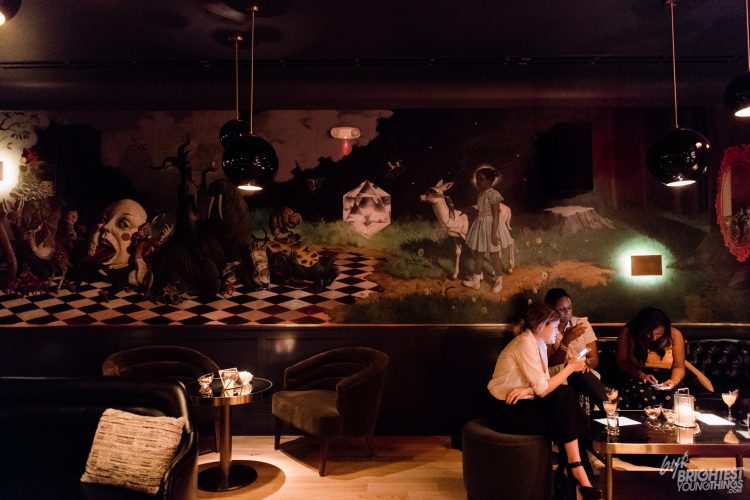 Washington’s political history, powerful residents and luxury settings have contributed to the cultivation of an interesting, varied and often decadent nightlife experience. Explore the haunts of congressmen passed or the hip, secretive bars for exciting drinks and sociable atmospheres. Washington is a city of fulfilling ways to enjoy it for all that it is, America’s capital. To find out more about the real estate opportunities in Washington, DC, contact Propeterra today.