The Kingdom of Bahrain is one of the Gulf’s current success stories. With a population which has tripled in size over the last twenty years, steady GDP growth, and a low tax burden, the country has become a popular area for outside investment. With cheaper office space than Dubai or Abu Dhabi, many international firms are now based in Bahrain, and it has become a hub for banking and financial services. Although the country suffered more than some in the 2014 oil price crash, since 85% of government revenues come from oil, the Kingdom has made efforts to diversify over the last few years and now has a growing tourist industry. 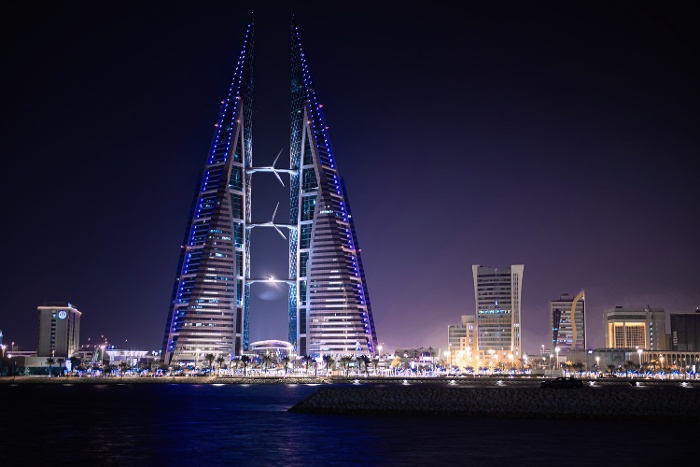 High demand for living space, and an increasing number of resident expats, all contributed to a property boom in the 2000s, and with it ever-increasing real estate prices. In the capital, Manama, property prices rose by around 600% between 2005 and 2008, with a smaller rise of around 400% elsewhere in the country. However, following the oil crisis, and an oversupply of new luxury developments, property prices have been on the decline over the past five years, offering opportunities for investors. Purchasing property has only been open to expats or foreign investors since 2003, although there are restrictions on this; properties can only be owned in Manama and various tourist areas. However, compared to some other Gulf countries, these restrictions are not particularly onerous; 100% foreign ownership is allowed, and properties of up to 10 floors can be purchased.

Despite the current depression in property prices, affordable housing remains an issue in Bahrain. The Kingdom’s constitution requires the state to provide housing for those who cannot obtain it through their own resources, and UN figures show that around 65% of Bahraini citizens have so far benefitted from government assistance to get housing. This assistance takes different forms, but the most usual are loans or properties provided by the Ministry of Housing. However, there is a long waiting list for these properties, and families can be left waiting anywhere from five to fifteen years for their own houses. The Ministry’s current aim is to reduce this waiting time to three years, and one of the ways they are attempting to do this is through the means of public private partnerships, a way of funding housing developments which has been growing in popularity in the Gulf region in the last ten years. A Bahraini finance scheme was launched in 2013 that offered subsidised mortgages and incentives for private sector development, and a new government push to build 40,000 housing units for Bahrainis before 2024, with the aid of private finance, has created new opportunities for investment.

In 2014 a new PPP social housing project was launched between the Kingdom of Bahrain and Naseej, a real estate and infrastructure development company which was established by private and public sector investors to act as a catalyst for addressing the region’s affordable housing requirements. Jumana, situated on an island in Al Madina Al Shamaliya, will be a fully integrated community with residential units, gardens, commercial and retail spaces, mosques, and healthcare centres. The properties themselves are a mixture of villas, townhouses and apartments, all built to a high spec. The aim is for 2,800 units to be completed over a five year period.

In order to ensure that these properties go to those who need them most, they will be sold in tiers; firstly they will be made available to Ministry of Housing applicants, then to those with an income of under BD 2,000 per month. After that the properties will be open to purchase by all Bahraini citizens and finally, any remaining units will be available to all, including foreign purchasers. It is to be hoped that the success of this project will pave the way for many more to follow.